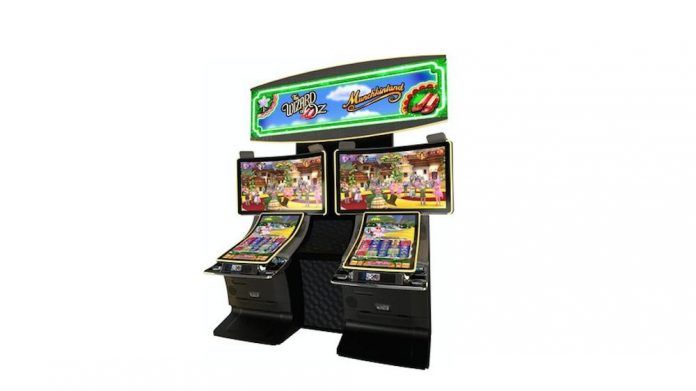 Scientific Games Corporation launched MUNCHKINLAND, the newest game in its successful THE WIZARD OF OZ slot series based on the classic 1939 movie.

This highly anticipated game features the beloved characters and classic scenes from the iconic film including the famous Munchkins. MUNCHKINLAND is the first WIZARD OF OZ slot to utilize 3D rendered characters, including the first-ever appearance of The Wicked Witch of the East, as an integral part of the game’s features and bonuses.

Showcased on the immersive Gamefield 2.0 cabinet, MUNCHKINLAND is a 5-reel, 50-line slot with a life-changing “There’s No Place Like Home” wide area progressive jackpot, and two central game features. The Witch Feature stars The Wicked Witch of the East, who will randomly fly over the base game display and cast a spell on the reels, possibly expanding them up to 12 rows! During the feature, Witch Wild reels may be added, increasing the chance of a big win. If Tornado Wild reels are added, the reels switch to Lollipop Wilds displaying credit prizes and jackpots that add up for a sweet reward.

The Munchkin Parade Bonus, triggered by three or more bonus symbols, begins with a wheel spin where character wedges award a corresponding jackpot and an additional spin, and free spin wedges can award up to 20 free spins! During the free spins, parading Munchkins can award up to three active enhancements, such as Wild reels, multipliers, and credit prize Lollipop Wilds.

“THE WIZARD OF OZ is considered one of the greatest films in history and we are pleased to present the latest homage to this beloved theme – MUNCHKINLAND – to the industry. Our talented team of artists and developers utilized the latest in 3D rendering technology, along with proven game play, to bring a unique and exciting gaming experience to casino floors,” said Bob Parente, Senior Vice President and Chief Revenue Officer of Scientific Games. “Scientific Games has enjoyed a long history of success and partnership with THE WIZARD OF OZ brand and we are confident this newest title will be a hit with players and fans alike.”