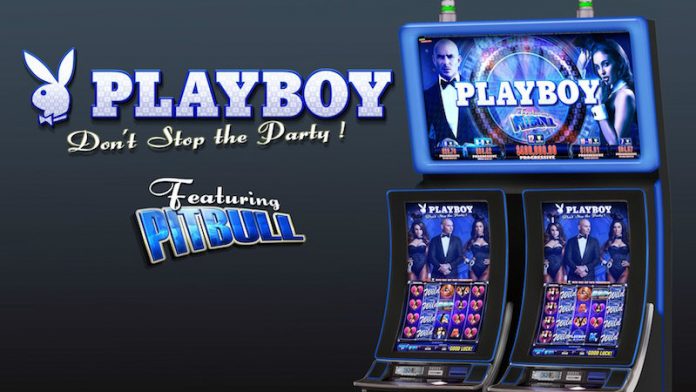 Along with the land-based casino launch, Playboy Don’t Stop The Party! Featuring Pitbull is also available through Scientific Games’ Play4Fun™ social casino network on both desktop and mobile through its SG Universe™ product. SG Universe enhances a casino’s ability to build an engaged online player community and to keep their brand uppermost in the mind of customers between casino visits.

Derik Mooberry, Group Chief Executive, Gaming for Scientific Games, said, “We are ecstatic to launch Playboy Don’t Stop The Party! Featuring Pitbull across both land-based and online channels. Our customers have been eagerly anticipating this game because of its high energy, its engrossing bonus events, the chance to win a life-changing progressive jackpot, and most of all – its combination of Playboy and Pitbull, two of today’s most provocative consumer brands. Pitbull’s music, synchronized with game play and enhanced by our Pro Sound Chair, makes people feel good, and that is what slot game entertainment is all about.”

Grammy award-winning musician, songwriter, and record producer, Pitbull has sold more than six million albums and 70 million singles worldwide. Through the release of seven studio albums, “Mr. Worldwide” has achieved No. 1 status in more than 15 countries around the world with his rapid-fire rhythms, billion-dollar beats, and globally infectious hooks that cross over to audiences around the world.