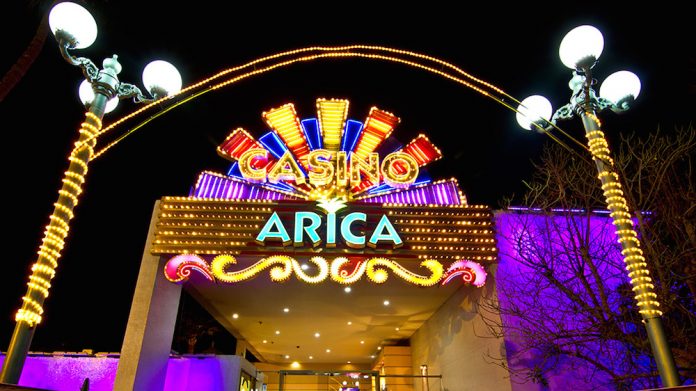 The superintendent of the SCJ, Vivien Villagrán Acuña, has stated that the regulator is in talks with the municipal authorities to revise the special conditions for both licences before relaunching the tender.

While the licence tender for Chile’s seven municipal casinos finished in June, the licences for Arica and Puerto Natales failed to received any bids.

Speaking during GET in Chile, Vivien Villagrán Acuña, superintendent of the regulator, the Superintendencia de Casinos y Juegos (SCJ), confirmed that the regulator is working with both communes to redraft the special conditions for their respective licence tenders.

“The special conditions are particular characteristics which are established by the municipalities,” she explained. “We’re evaluating the reasons why there weren’t any offers during the first tender, so we can adjust them before the next licencing process.

“In the case of Natales, the municipal authorities have already decided to [remove the requirement] for an events centre which was included in the first tender. In Arica, there is a key discussion about the eventual location of the casino,” Villagrán Acuña continued. “These are some of the questions that we must resolve with the [two] municipalities.”

Rodrigo Guíñez Saavedra, head of the Chilean Casino Association (ACCJ), highlighted the need for changes to the tender requirements in order to make the licences more attractive for operators.

“If the process repeats with the same requirements, it will once again fail to attract interest,” he contended. “We can’t describe the [municipal licence tender] as successful given that it only had two bidders: Enjoy and Sun Dreams. For this reason, I believe that we must change the whole licensing system looking forward to the next concession renewal.”

Chile’s northernmost city, Arica, is the only region in the country able to host more than one casino, thanks to a legal exception (Ley 19.669).

In the first four months of 2018, Casino Arica – the second oldest casino in the country – reported CLP1,8bn ($2.7m) in GGR, while the city’s other gaming venue, Casino Luckia Arica, generated CLP$1,3bn ($2m) according to statistics from the SCJ.

“We inherited a very unattractive tender for any concessionaire, which unfortunately puts the continuing operation of the casino at risk,” said Arica’s mayor, Gerardo Espíndola, speaking last year. “For us it is essential that we do not to lose the casino, since it a source of income for the Municipality and because of the employment generates for the local economy.”

Casino Luckia Arica – which opened in September 2017 – includes 350 slot machines, 12 gaming tables, and a 60-seat bingo hall. Luckia has stated that it expects to recoup its investment in the development in under a decade.

“Building a hotel requires a different [kind of] investment, one for the long-term, never before have we invested as much in a project as we’ve done in Arica,” said Luckia’s president, Jose Gonzalez Fuentes.
The company has opened the property in phases, beginning with Casino Luckia Arica, followed by 129-room five-star Hotel Antay which opened its doors this May.