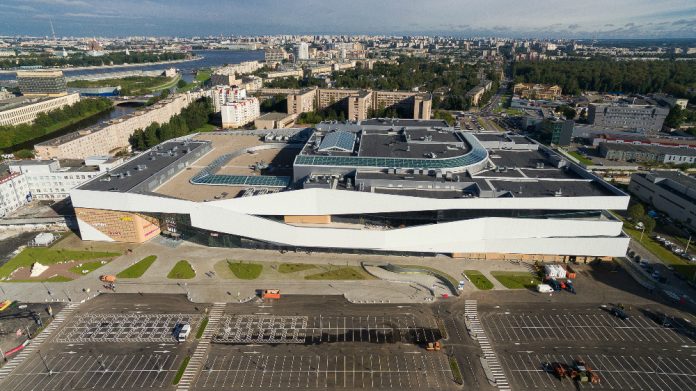 In February 2016 the city of Tampere, 100km north of Helsinki, selected a consortium formed by Finnish construction company SRV Group to develop the Central Deck and Arena project. The E500m development will feature the largest sports and event arena in Finland, along with offices, apartments, a hotel, restaurants and other recreational premises.

As developers prepare to embark on the first phase of the project construction, RAY announced in October that it has selected the site to become home to the country’s second mainland casino. It will join Casino Helsinki in the country’s capital and Paf Casino on the Baltic island of Åland.

“This is great news for SRV, and we are delighted that RAY selected our multi-functional arena as the location for their new game and event centre,” said Timo Nieminen, SRV’s executive vice president in Finland. “We will be proud to continue promoting this unique project, which – if realised – means that Tampere will have a completely new district with good transport connections.”

Although no further information has been released in relation to the casino, RAY said it selected the Central Deck and Arena site due to its good transportation infrastructure and diverse range of leisure, accommodation and entertainment amenities.

The first phase of the project includes covering Tampere’s southern railway yard with a deck, on which the event arena, two tower buildings and a training hall will be built. The second phase includes the building of a northern deck and three tower buildings. The entire site will include a total of 120,000sq.m and over a thousand apartments.

“The aim is to begin construction work of the southern deck and the event arena in spring 2017,” SRV said. “According to the estimated schedule, the first phase will be completed in the summer of 2020, and the whole area in 2023.”

The news surrounding RAY’s selection of the site for its second mainland casino came as the group reported a slight uptick in revenues for the first eight months of the year. The association – which operates slot machines and casino games in cafés, restaurants, and standalone arcades, along with online gambling services – said revenues to the end of August totalled E529.6m, representing a E5m increase on the prior-year period, due primarily to growth in digital games and arcade takings.

“We’ve increased the pace at which we’re releasing new games and made our range of services more attractive than ever,” said RAY managing director, Velipekka Nummikoski. “We should keep in mind that good revenue results benefit RAY’s beneficiaries – social and health care organisations and Finnish war veterans – most of all.”

On September 17, 2015, Finland’s Ministerial Committee on Economic Policy approved the high-profile merger of the country’s three gambling operators, Fintoto Oy, Veikkaus Oy, and Raha-automaattiyhdistys (RAY).Following a lengthy consultation process, the board of a new company announced in June that Finland’s new gambling monopoly will operate under the Veikkaus brand.

The new shared name was decided on the basis of an extensive, multi-stage consumer survey. The company will be provided with a completely new brand and visual image, the first elements of which will be rolled out at the beginning of 2017.

The aim of the merger is to strengthen the Finnish gambling monopoly by establishing a single, wholly state-owned company to operate gambling in the country.