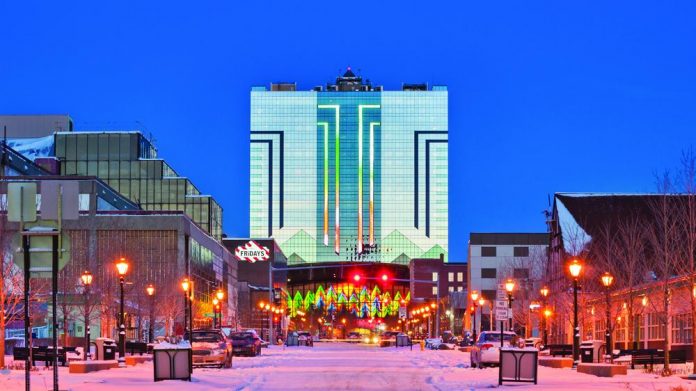 The protracted dispute between New York legislators and the Seneca Nation looks set to continue after the tribe has claimed that a recent arbitration ruling that sought to end the impasse is in contravention of federal law.

New York state and the Seneca Nation of Indians have been in deadlock for more the two years over casino revenue sharing payments. The tribe firmly believes that the terms of its compact – which require it to hand over 25 percent of its slot machine take – were only relevant for an initial 14 year period and as such pulled all payments on the perceived expiration date of 1 January 2017.

The state naturally disagrees and the two parties agreed on a legally binding arbitration panel as to settle the dispute which is not only leaving state coffers noticeable dry, but putting the region’s commercial operations at a distinct disadvantage.

A decision has since been reached and the Senecas ordered to pay $266m to settle up to the end of the last calendar year and resume quarterly payments immediately.

However the president of the Seneca Nation, Ricky Armstrong has taken issue with the legality of the ruling and claimed that it “effectively amended the agreed upon terms” of the Federally-recognised compact by inserting an additional clause.

“It [the panel] has done so in complete disregard of federal law that governs the compact and without following the necessary federal procedures for making compact amendments,’’ he said.

“Simply put, the compact is rooted in federal law and amending the compact requires that proper procedures be followed. A majority of the panel members ignored both of these critical issues.”

This fierce opposition has now led the nation all the way to the Federal Government’s Department of Interior. The terms of the Indian Gaming Regulatory Act set precedent that any compact amendments must be ratified by the federal body and it seems for all the world that this has been resoundingly ignored by New York state.

The DOI has come in for some strong criticism of late regarding its handling of certain tribal affairs, none more so than the East Windsor casino saga in Connecticut which is believed to have reason behind former Interior secretary Ryan Zinke’s resignation last year. It stands to reason that those in the department may seek to improve their image somewhat by siding with the tribe in this latest case – especially given its seemingly cut and dry nature.

“The Seneca Nation [of Indians] and the Seneca people deserve to have our agreements with other governments honored and protected despite repeated and ongoing attempts to ignore, violate and, in this case, blatantly change the agreements we have made,” said Armstrong. “By exercising our right to request that the [United States] Department [of the Interior] review the amendment, the nation’s leadership is fulfilling our obligation to the Seneca people to always defend our sovereignty and the sanctity of our agreements.”

According to Armstrong the move against the arbitration ruling is an important step towards not only protecting the rights of the Seneca Nation, but stopping a precedent being established that would put certain parts of state legislature above that of the DOI.

“The arbitration panel’s members, instead of interpreting the clear language of the Nation-State Compact, took it upon themselves to effectively and materially amend the agreed upon terms of the Compact, and they did so without regard for federal law and required procedures that govern both the Compact and the amendment process. Their ruling creates an obligation on behalf of the Seneca Nation that does not exist in the Compact as it is written, or as was reviewed and deemed approved by the Secretary of Interior in 2002,” he said.

Those in the state are naturally disappointed at the reaction but that is not to say many are particularly surprised.