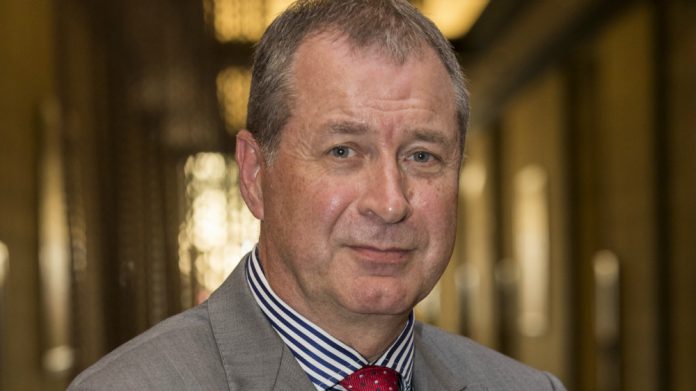 Shaun McCamley of consultancy Global Market Advisors maintains that Macau’s operators need to “think outside the box” or face continued frustration on the Cotai Strip.

[dropcap]W[/dropcap]ith the announcement that gaming revenue had actually climbed (albeit marginally) in Macau last month – a two-year slump of consecutive decline for the city’s casino trade finally came to an end.

At least on paper, that is.

In practice, industry analysts like Global Market Advisors partner and head of Asia operations Shaun McCamley view Macau’s August result as something of an anomaly.

“It was great to see, but in my view this was just a non-consolidating spike due to the opening of Wynn Palace,” he tells Casino Review. “No one is really getting excited or in a feel-good position – most of us feel that there is further pain ahead. They may not openly admit it, but my view is that all operators are feeling nervous about the future.”

For McCamley, this assessment includes major US operators like the Las Vegas Sands Corp, Wynn and MGM – all of which have channeled massive investment into new and impending real-estate on the Cotai Strip.

“It’s going to be very tough for these news resorts,” he maintains. “None of them are getting the table allocations needed to support billion-dollar investments, and the VIP market is still in decline.”

Indeed, Beijing’s clampdown of visa-restrictions and anti-corruption measures continue to punish Macau – but what of the VIP themselves? Recent years have seen a number of Chinese satellite markets such as Cambodia, Vladivostok, the Philippines and Saipan all seek to benefit from the SAR’s downturn – and with some notable success. Still, McCamley holds that the core segment of high-spend Chinese players are still choosing to play it safe at home.

“That market segment is not travelling – full stop,” he argues. “There is a genuine fear amongst the VIP market that the eyes and ears of the Chinese government are everywhere, so most are keeping their heads down. This is why there has been such a significant increase in the popularity of proxy betting, where they can remain anonymous and as such safe from the prying eyes of the Chinese authorities.”

In the meantime, Macau’s operators shouldn’t merely sit back and cross their fingers – as to McCamley’s mind, the golden days of surging rolling-chip volume are over.

“I don’t see it ever returning to the levels we saw a couple of years ago,” he remarks. “Yes, it will definitely bounce back: after all, Macau is the biggest gambling hub on the Planet. But there will be a lot more pain ahead to service large debts and overheads from markets that need to be developed and encouraged to spend.”

It was great to see, but in my view this was just a non-consolidating spike due to the opening of Wynn Palace

Accordingly, the reactive focus of Macau’s government now lies on both the mass and premium-mass markets. As for the operators, McCamley gives particular credit to Sands, which he claims “was the first to recognise the VIP bubble had to burst…and through the use of high-end entertainment developed markets which had been ignored by everyone else.”

He also credits Galaxy for having “a good handle on what drives the market…and an outlook which is unafraid to test the waters with new concepts.”

Nevertheless, McCamley insists that in the short-term, the business outlook in Macau remains “grim.”

“For years players have just walked through the door – and the premise of ‘build it and they will come’ held true,” he states. “But those days have long gone. Casino management teams now have to be creative and look outside of the box to get players in. Frankly, I’m not seeing that level of experience or expertise across most of the operators today.”