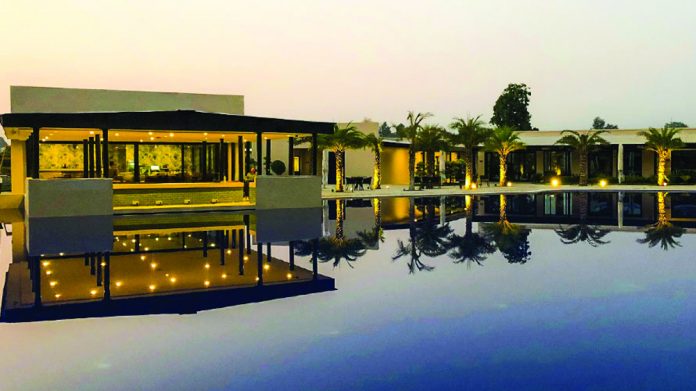 Silver Heritage has taken advantage of positive Nepalese Q119 performance to scout for “potential strategic partners or purchasers” for its two venues in the country.

“The company has undertaken a number of initiatives to release capital out of its asset base, including the appointment of Union Gaming as its exclusive adviser in relation to locating potential strategic partners or purchasers of the company’s Nepal operations,” said Silver Heritage’s latest financial filing.

The company had stated its intention to “release capital out of its asset base and enhance shareholder value,” in January, in a submission to the securities exchange.

Any enhanced capital is now expected to be directed toward further Nepalese investment, after CEO Mike Bolsover observed in April that “we plan to open our second and third resorts in the far-west region, probably in Dhangadi and also in Jhapa in the eastern region soon.”

The 100-room Tiger Palace Resort opened its doors in March 2018, after its casino received a gaming licence in December 2017, with its position between China and India delivering “overwhelmingly positive results” for a range of new VIP rooms. “Trading at Tiger Palace has improved and continues to trade well ahead of the prior year,” said the firm.

By leveraging the already profitable Nepalese venues, Silver Heritage will look to appeal to what Bolsover hailed as an “increasing flow of both foreign and domestic tourists in recent years.”

Potential resorts in the far west of the country should prove attractive to visitors from India’s Haryana state, which boasts the third highest per capita income of the subcontinent.