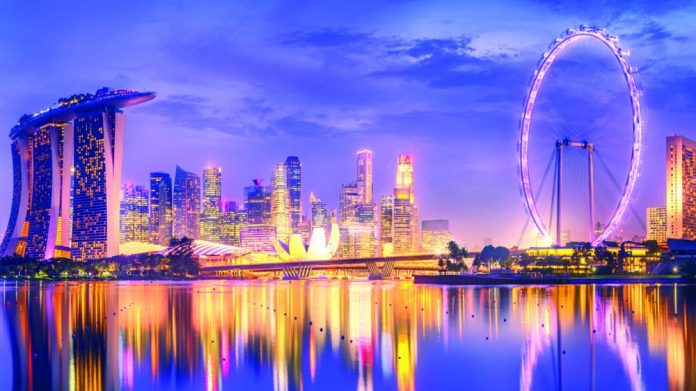 The government has extended the exclusivity period for Marina Bay Sands and Resorts World Sentosa until the end of 2030, while a new two-tiered tax system on GGR will be introduced from March 2022.

Following the news that Singapore’s two integrated resorts will be allowed to expand their operations, the government moved to reassure legislators that both Marina Bay Sands and Resorts World Sentosa will pay “fair market value” for the additional land required.

The two operators were given approval by the government in April to expand their properties, subject upon them investing SGD9bn ($6.6bn) in the country. The government also announced that it was extending the exclusivity period for the two IRs until the end of 2030.

Marina Bay Sands will pay SGD1.3bn ($944.2m) for a 33,000sqm land parcel – equivalent to more than four football fields – which will be the site of its upcoming fourth tower.

Resorts World Sentosa has reportedly set aside a budget of SGD1bn ($726.3m) to buy an additional 10,000sqm of land.

Lee Kah-Wee, an assistant professor at the National University of Singapore, noted that the move was a rare form of “direct alienation”, in which land was transferred to the resorts without undergoing land tendering processes typically carried out in sales of government land to private entities.

Responding to MPs’ questions on the issue, senior minister of state for trade and industry, Chee Hong Tat, stated that it was the government’s long-established policy to allocate land directly to investors when there are “substantial investments that can benefit our economy and workers”.

Chee added that the SGD9bn investment is expected to draw 500,000 more visitors to Singapore and contribute SGD500m ($363.1m) to the economy each year, while the expansion will also create up to 5,000 new direct jobs.

He clarified that the prices for the land are based on fair market value and determined by the country’s chief valuer according to market conditions and established valuation principles.

If they do take up this option, the proportion of total floor areas used for gaming to non-gaming will still fall to 2.3 percent from today’s three percent in the context of the overall expansion, he explained.

“The daily and annual entry levies serve to deter casual and impulse gambling by locals and are part of a holistic suite of social safeguards,” Teo said, noting that the number of local visitors to the casinos fell by 50 percent during the 2010 to 2018 period.

George Tanasijevich, president and CEO of Marina Bay Sands, said that the IR recognises the policy considerations behind the increased entry levies for locals and casino tax rates, and accepts “these are changes that need to be made”.

“With the expansion of our property and additional offerings we’re going to be able to create …we’re comfortable with the commercial arrangement we have,” he said.