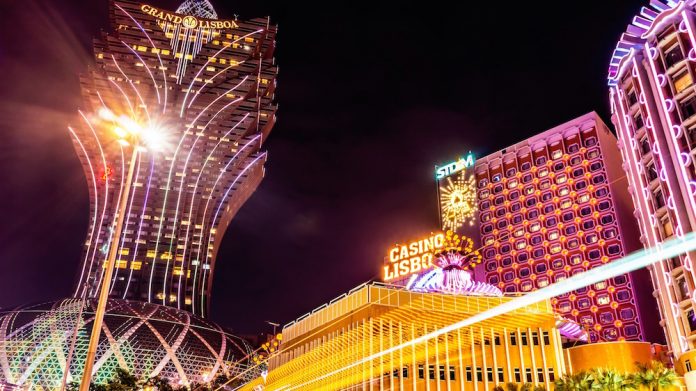 The CEO of SJM Holdings, Ambrose So Shu Fai, has stated that the company plans to seek a two-year extension of its Macau gaming concession, while the firm is aiming for an H2 2019 opening for its new Cotai property, Grand Lisboa Palace.

Ambrose So Shu Fai, CEO of Sociedade de Jogos de Macau (SJM) Holdings, has confirmed that the company intends to seek a two-year extension for its Macau gaming concession prior to its scheduled expiry in 2020.

So stated that this would allow SJM to compete for gaming rights “at the same pace” as four of Macau’s gaming operators, who will see their concessions expire in 2022. He clarified that the company has yet to make a formal request to the government.

“It is a normal thought that everyone can cast the bid [for a gaming concession] at the same pace …we would like to see [a two-year extension] happen, and we’re very much interested to cast a bid,” So stated, speaking to the gaming media at the launch of the Macau Gaming History Gallery on 6 June.

SJM’s chairman Stanley Ho Hung-sun, stepped down from the board of the company on 12 June. With his departure, the company chairmanship will be divided among four successors, including Ho’s daughter, Daisy Ho Chiu Fung, Timothy Fok Tsun Ting, and Angela Deputada Leong On Kei.

The decision has met with criticism from analysts who have contended that the new management arrangement is unwieldly.

“We would have hoped to see a clearer succession plan (a single chairperson would have been a good start), which in turn would enable the company to fine-tune the management team and structure before the opening of Grand Lisboa Palace next year,” wrote D.S. Kim, regional gaming analyst for JPMorgan Securities, in a note. “This complicated structure, in our view, leaves room for a potential power tussle within the board, given the lack of clear control.”

SJM remains the only Macau concessionaire yet to open an integrated resort in Cotai, with its HKD36bn ($4.6bn) Grand Lisboa Palace not expected to launch until late 2019 at the earliest.

“They desperately need a presence on Cotai,” said Union Gaming analyst, Grant Govertsen. “They are the least competitive operator in the market today.”

While the company began construction of the new property in 2014, the development has faced several setbacks including damage from typhoon Hato and a fire last year.

Speaking to the media, So suggested that the opening of Grand Lisboa Palace would likely take place in the “second half of 2019”.

“As we have mentioned before, at this moment – after having experienced fires and the typhoon – we have been trying our best in speeding up to target all construction to be completed by the end of this year, so that we have by then sufficient conditions to apply to the government to operate the project. And as you know, this application procedure could take months,” he stated.

So added that SJM has not ‘ruled out’ a phased opening, as “some of the facilities may not be ready” in time.