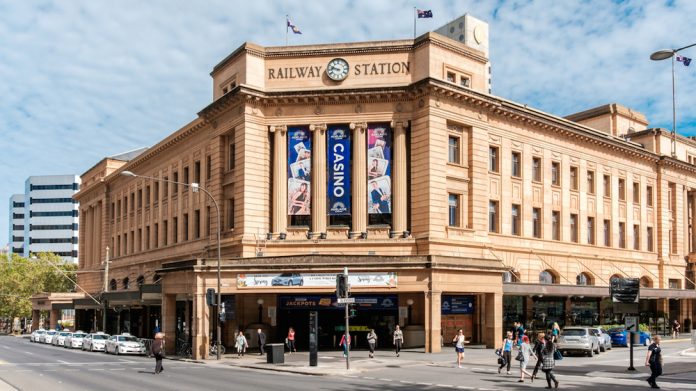 Adelaide Casino has begun a $245m period of renovation, as part of a redevelopment of the city’s Riverbank area first proposed in 2016.

The upgrades, recently approved by the Adelaide State Government and scheduled to be completed by 2020, include the addition of VIP gaming facilities on the casino floor, as well as the construction of 123 hotel rooms.

“The South Australian tourism industry has so much to offer interstate and international visitors,” said general manager Luke Walker.

“The introduction of this new facility, complete with luxury hotel accommodation, outstanding food and beverage offerings and world-class entertainment spaces will help to attract high-end visitors to the vibrant Riverbank Precinct and to the state.”

The new venue, owned by SkyCity Entertainment Group, will also include a spa, three additional bars, three restaurants and a 750-capacity function space.

The redevelopment, a partnership with local firm hansen Yuncken Pty Limited, will create 1,000 jobs during construction, as well as 800 ongoing positions after the opening of the resort.

The casino will remain in its historic railway station location, with Walker stating a separate budget had been prepared “to match the high standards the new development will set, while protecting its special character, which will remain intact.”

South Australian Premier Steven Marshall added the hotel “will equal the best in Australia, if not be above it for this type of facility.”

“Most importantly, it’s going to give us better infrastructure and better facilities to attract interstate and overseas visitors to South Australia.”