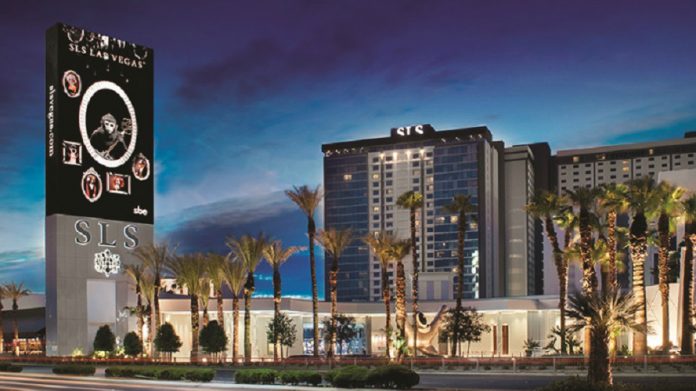 An increase in development on the northern end of the Las Vegas Strip, as well as a new deal in place with Starwood Resorts, have made executives at SLS Las Vegas confident of increased visitation over the coming months.

[dropcap]O[/dropcap]pened in August 2014, SLS Las Vegas is the still the city’s most recent major integrated resort – and an early pioneer of new development on the Strip’s northern end.

With gambling revenues still relatively static city-wide, the timing of SLS’ opening was perhaps a little inauspicious: local media outlets such as the Las Vegas Review Journal have previously documented that the property failed to gain the kind of player-traction it had hoped for throughout 2015, suffering higher-than-expected losses as a result.

But the close of last year saw the announcement of a new, long-term tenant at SLS – in the form of hotelier firm Starwood Resorts Worldwide. An agreement between SLS owner Stockbridge Capital Partners and Starwood would see the commencement of refurb and rebranding work (currently ongoing) of SLS’ Lux Tower – to transform its 289 rooms into the W Hotel Las Vegas, a separate accommodation offering to be placed under Starwood’s management.

Significantly, not only does the move provide SLS with an extra string to its bow, but it also places the resort as part of the Starwoods Tribute Portfolio – granting it access to one of the world’s most significant hotel sales platforms.

“The presence of W Hotels at SLS Vegas will enhance the approachable luxury experience offered here, whilst joining the Tribute Portfolio will and has strengthened [our] resort business,” SLS general manager and senior VP of operations Chris Fiumara told International Casino Review. “SLS Las Vegas and Starwood Hotels & Resorts Worldwide will welcome the W Las Vegas at the end of 2016.”

Meanwhile, new developments nearby lead Fiumara to be hopeful of increased pedestrian traffic in what has been – up until now – the quieter, more isolated end of the Strip.

“The north end of the Strip is a bourgeoning area with convenient access to many popular places and events – just a few miles from Downtown Las Vegas or directly across from the Las Vegas Festival Grounds,” he says. “Still, the addition of Lucky Dragon, World Resorts and other properties being constructed at the north end will, to my mind, solidify this end of The Strip as the new place to be.”

With the additional attraction of its new live venue The Foundry, combined with the pull of an extensive culinary suite, Fiumara is of the mind that the near future will see the stars align for Vegas’ new kid-on-the-block.

“We plan to continue to enhance our experience for both hospitality and gaming guests,” he states. “I think that with the recent opening of The Foundry and our joining forces with Starwood Hotels & Resorts Worldwide, SLS Las Vegas will further its appeal as a popular destination for visitors seeking a trendy, vibrant and luxurious experience.”