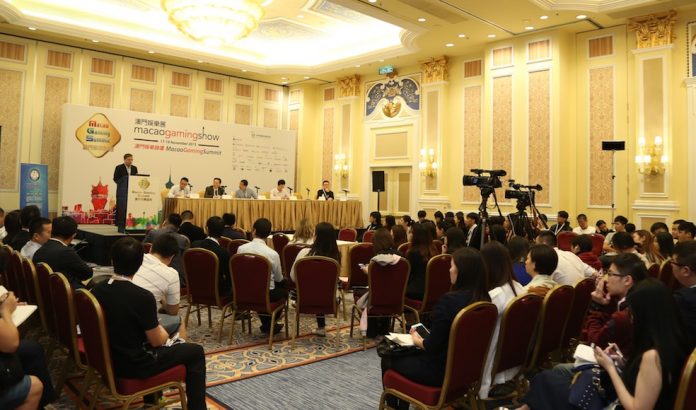 This year’s MGS Summit, titled Smart City, Smart Economy, is set to examine how new innovations in gaming can provide impetus for Belt and Road journey.

The MGS Entertainment Show, which is backed jointly by the Macau SAR Government and the largest 150 gaming and entertainment companies in Asia, will challenge conventional thinking in the agenda for its annual summit at the Venetian Macao, November 14-16, 2017. Titled ‘Smart City, Smart Economy’, the MGS Summit will place gaming at the heart of the trading and investment drive for the Belt and Road project and pose the question: can gaming deliver the key technological advances and financial solutions to inspire the ambitious cross-continental economic development plan?

The challenge facing the internationally renowned panelists and speakers this year will be to identify how gaming, in all its forms, can help shape the business and technological landscape, from potential and emerging markets, such as Japan and the Philippines, as well as established hubs like Macao, and all the way along the old Silk Road. And in so doing, the panelists will deliver their verdicts on how the broad-based gaming and entertainment industry can deliver ‘Smart Cities and Smart Economies’.

Announcing the remit for the Summit, Jay Chun, Chairman of the MGEMA, which is the influential trade body behind the conference, said: “The international gaming industry has reached a pivotal stage in its development. Next-gen technology is the powerhouse of our business, and the new wave promises so much more for us, especially with the ambitious and lucrative economic project along the Silk Road trading route gathering momentum.

“This year’s MGS Summit has to examine the rising forces within our industry, such as new platforms, AI, VR and payment systems and see how they can pioneer a smarter business ethos across all industries and communities and drive a smarter and healthier economy.”

Mr. Chun added: “Over here, we now have a multi-trillion-dollar trading plan underway in the shape of the Belt and Road, expanding economies from the East to West. The gaming industry has an opportunity to ensure that our new technology can make cities prosperous both financially and through exciting innovations that bring greater entertainment, education and efficiency to every level of our community.

“The Summit will piece together the process for building a model that will drive the Smart City, Smart Economy ethos across the world.”

During its three-day program, the 2017 MGS Summit will examine the pioneering forces of AI and virtual reality and how they will slot into the marketplace alongside Asia’s sophisticated land-based casino sector and the rising star of online gaming. It will also drill down into how governments on the Silk Road can develop and diversify their infrastructures in a number of ways, from the i-gaming sweep through Asia to the allure of sports betting and esports and from the resurgence of land-based offerings and traditional machine manufacturing to cloud, mobile and databased operations.

The 2017 MGS Summit will draw on the expertise of officials from the Macao SAR Government, the leading figure-heads in Asian gaming, major corporations in Macao and the Asia-Pacific region, and international luminaries and influencers that are playing a pivotal role in the region’s growth and development.

The organisers of the 2017 MGS Summit will be announcing the line-up of speakers and sessions in the coming weeks.

For more information and to register for the MGS Summit at this year’s MGS Entertainment Show, visit http://www.mgsentertainmentshow.com.