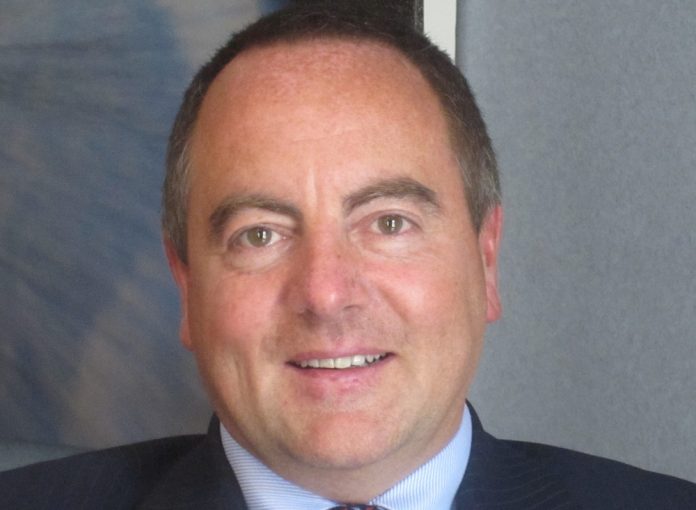 With recent partnerships with William Hill and Microgaming announced and a number of other major deals with Tier 1 operators in the pipeline, the response to SMP eGaming’s Compliance Academy training platform has so far been overwhelmingly positive. David Hudson, Group Director at SMP Partners, believes this is a sign that the industry is increasingly serious about raising standards of compliance in an ever tougher regulatory environment.

SMP eGaming has been offering consultancy services for a number of years, but the Compliance Academy is a relatively new venture for you. What was behind the decision to set up your own training platform?

We believe that the industry needs to embrace high, best-in-class standards of excellence in compliance, so we wanted to make a comprehensive compliance training platform that was accessible to everybody. To make this realisable, we made a conscious decision to move away from the norm of buying a licence for a course per person, and move instead to a monthly subscription model which offers the full spectrum of content, which is then available to users on a perpetual basis.

It’s an incredibly low-cost white-label solution, but we’ve very effectively found a way to monetise our collective knowledge. At SMP, we are directors on gaming companies, we have fully qualified Data Protection Officers and MLROs, and we decided to take all of that knowledge and apply it on a training platform. So we went out and built our own proprietary software and we wrote both remote and retail content ourselves. It’s also multi-jurisdictional: we currently have UK and the Isle of Man and we will have Malta and Gibraltar content before ICE; the intention is to then broaden internationally based on demand.

We’re increasingly hearing that, around Europe in particular, the pressure is increasing in terms of compliance. What does this mean for operators in real terms?

Over the past few months, it’s become very clear that the industry needs to up its game. The Gambling Commission is now saying to the industry: these are the standards, we expect you to be proactive and achieve those standards or better without our intervention.

It’s also got to the point where the Gambling Commission, and possibly even gambling firms’ auditors, are looking at training, at how much training they’re doing for their staff, in what areas, and they’re seeing whether that training is bespoke to the operator’s specific procedures and policies.

The Gambling Commission sent out an email to operators a few weeks ago that stated they’d been reviewing 17 operators, and were minded to conduct licence reviews of 5 of those operators. They highlighted some of the deficiencies of these 17, and they were primarily around responsible gambling, anti-money laundering, and training. This just highlights how much of a requirement there is for operators to train their people on policies, procedures, data protection, information security, but also around things like AML and suspicious transaction reporting. They also need to be able to demonstrate – through an audit – that this training is taking place.

With operators facing such enormous pressure, have you found that people are now understanding the value of training programmes like the Compliance Academy?

I would say so, yes – the response has been brilliant so far. William Hill and Microgaming have partnered with the Compliance Academy recently; we have about ten other smaller to medium sized operators that have partnered with it and are already using the platform, and we also have a few other big announcements in the run-up to ICE.

You would hope most organisations will have some training in place already, but this is about augmenting it. That’s the thing about William Hill and Microgaming and some of the other major partners we’ll be announcing soon: they have already got fantastic training resources, and they’ve always taken a very proactive approach to the training and development of their people; what they’re doing through us is just augmenting that.

But it’s not just about being compliant, or about having a platform that puts compliance at the heart of your business; it’s also about talent management, talent acquisition, and being recognised as an investor in people.

How would training help operators cover themselves against disciplinary action from regulatory enforcement bodies like the UK’s Gambling Commission?

Increasingly, we’ve seen that regulators are adopting a risk-based approach, and they expect the operator to adopt a risk-based approach too – so as long as you are able to clearly articulate why you’ve taken a particular course of action, or applied a particular policy and procedure, then you have to a degree mitigated your risks of criticism. Or at the very least, you’ve reduced the exposure to large fines, because you had a policy, you had a procedure, and you took a risk-based approach to it. Your thinking might be slightly skewed, and you may be criticised for that, but ultimately, you have attempted the right things for the right reason.

This just highlights the importance of training: as long as you can demonstrate that you have put those policies and procedures in place, and that you have trained people on the regulation and your internal procedures, which can be linked through our white-label solution, then that goes a long way to mitigate the risk of significant problems with the regulators and will contribute to a rational and professional dialogue with them.

How can operators be sure of the effectiveness of training programmes within their own businesses?

In the case of the Compliance Academy, our platform has a full suite of analytics, so the operator is able, on a daily, real-time basis, to identify what courses have been taken, and by whom have they been taken. This means they’re able to identify risk within their business based on the performance of their people during training, and identify areas where they may then need to apply face-to-face training for certain people, or address a small group of people about a particular aspect of training that they all failed a module on.

Our partners are therefore able to really interrogate the data in order to identify areas of strength and areas of deficiency, and that allows them to adopt a much more focused and cost effective risk-based approach to the way that they ultimately train people. Rather than training carte blanche, across the whole business, face-to-face on a particular topic, they’re actually identifying those people who need it, and channeling their resources and their investment to areas of deficiency.

The eGaming division of SMP Partners has been headquartered on the Isle of Man since it was founded. How has being in this highly regulated jurisdiction helped you build your reputation in compliance?

It’s kind of a funny thing to say, but we’ve become very used to working within a highly regulated environment. We’re used to working with clients to build what we consider to be best-in-class compliance frameworks, and when we added the UK into our skill set after the Isle of Man, the UK wasn’t a new or unique challenge for us because we were so used to operating within a regulated environment. In my mind it is clear that the Isle of Man gave us a really good base for our knowledge and our understanding of the international market.

SMP Partners came into the sector eight years ago as a Corporate Services Provider and we immersed ourselves in the sector. I have to say, I never fully expected it to grow the way it’s grown. We’ve been very careful in terms of the way we’ve recruited and selected our people, resulting in an amazing team that we’ve built. The Compliance Academy is the culmination of those eight years of knowledge and expertise, and it’s a really interesting opportunity for us to go out into new international markets and try to foster those same standards of excellence.