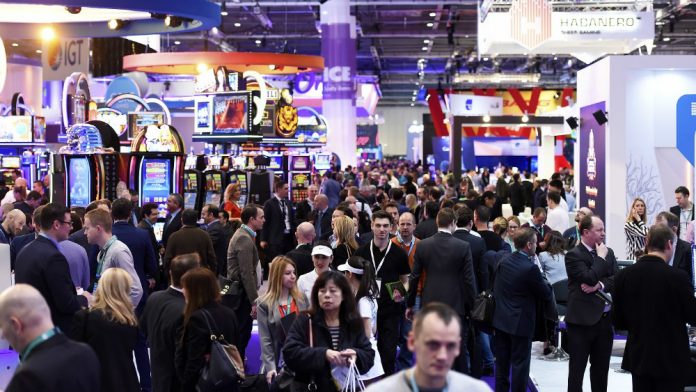 Veteran gaming journalist David Snook and NetEnt’s Åsa Bredin, who is one of the leading advocates of recruiting more women to senior positions within gaming, have accepted invitations to officially open the 2017 edition of ICE Totally Gaming.

[dropcap]T[/dropcap]hey will be joined at the ribbon cutting ceremony by senior members of the ICE organising team, including Kate Chambers, Managing Director of the Gaming Division at Clarion Events, and the person responsible for overseeing the development and growth of ICE including its relocation to the ExCeL Exhibition Centre.

“David reported on his first ATEI, the low stake gaming and amusements show from which ICE was born, back in 1967.” stated Kate Chambers. “He has not missed one edition in half a century and has reported on the transformation of the industry which has been reflected in the development of ICE into the world’s most international business gaming event. David is a true friend of ICE and has made a major contribution to its success through fair, constructively critical and honest reporting.”

She added: “Diversity is an issue which is close to my heart and that of Åsa Bredin, who holds a senior role at NetEnt where she is Chief Development Officer. I think it’s true to say that we would not have been discussing diversity at ICE a decade ago. Thanks to the pioneering work of organisations, notably Global Gaming Women and the professional achievements of many women who hold positions of real influence inside gaming’s executive offices, it is now firmly on the agenda, including at ICE, where Clarion’s Head of Content Ewa Bakun has organised a seminar dedicated to the issue.”

With exhibitors drawn from 67 jurisdictions and sovereign states, ICE provides the most comprehensive shop window on world gaming and in 2016 attracted a record 28,487 visitors drawn from 150 nations. Gaming professionals wishing to secure their place at ICE Totally Gaming 2017 should visit icetotallygaming.com.

The ICE opening ceremony, featuring David Snook and Åsa Bredin, will take place at 9.50am, Tuesday 7 February outside the ICE Press Office in the main boulevard at ExCeL.