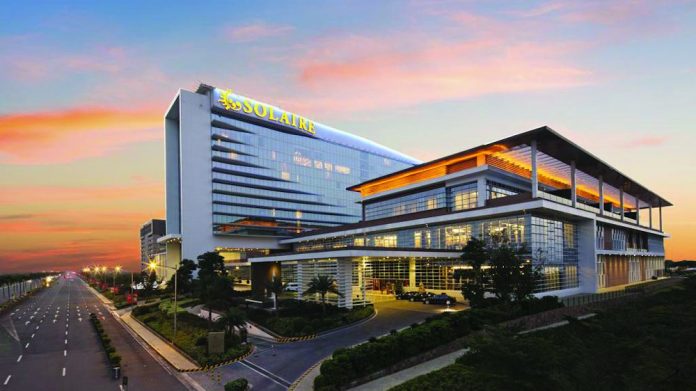 Solaire Resort and Casino has deployed Scientific Games’ DualosX cabinets on its gaming floor, becoming the first integrated resort in the region to do so.

The cabinet was introduced at the Australian Hospitality and Gaming Expo (AHG) in April 2019 and at the Global Gaming Expo Asia (G2E Asia) the following month. “We were very pleased to have received this order from the Philippines’ leading and Asia’s best regional integrated resort, Solaire Resort and Casino.

Our newest cabinet, DualosX, is certainly our most remarkable yet and we are sure that this new installation will create added excitement on Solaire’s impressive and expansive gaming floor,” said Ken Jolly, the company’s VP and MD for Asia.

“At Scientific Games we work hard with our customers to deliver the best gaming experience their players are looking for.” The DualosX has the signature 27–27–27 look, with a 27” high definition LCD topper, enhancing the games’ presence on the floor and effectively promoting new game themes.

“Every Scientific Games linked progressive product that we have launched on our gaming floor has proven to deliver successful results through the years,” stated Chin Gan Lim, Solaire Resort and Casino’s VP of slot operations.

“We are very excited to be the first to install the most awaited DualosX platform in our property as well, as we are confident that this will propel the Solaire brand to be the most preferred, not just in Asia but globally.”