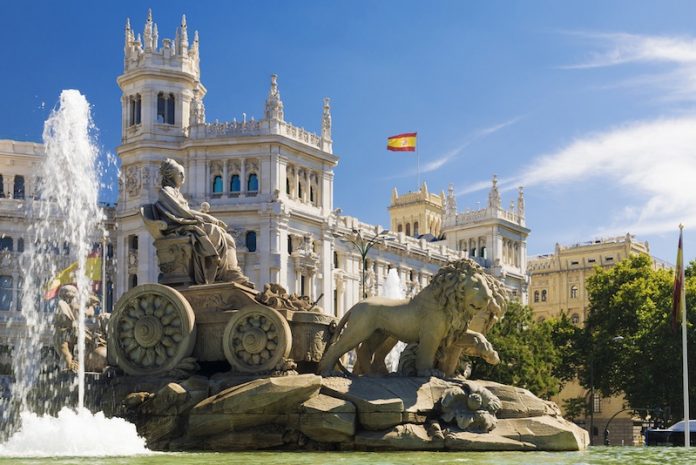 Spain’s online gambling industry continues to go from strength to strength, with revenues up by more than one- third in Q3 2017 and a new licence tender on the way.

Strong growth in Spain’s online gaming market has seen the national regulator move to open the market for further licensees.

Following this, formal approval from the Ministry of Finance is still needed, and the government has a three month window from the 20 September to make any modifications to the tender.

After that, the tender will be approved through a ministerial order and interested companies will be able to start sending their applications to DGOJ.

The new call will open a one-year window in which operators can submit applications, a significant expansion from the previous tenders, which gave operators only one month to file their applications.

Spain has a distinctive “double licence” system, whereby operators first need to obtain a general licence for online gaming, which can only be obtained during the licensing window, after which they then have to apply for a second licence corresponding to the games they want to offer, such as roulette, slots, or poker.

Operators can apply for this second category of licences at any time, provided they have a general licence.

“The most significant and positive thing in the new licensing application is the one year window, the previous two occasions the licensing window was open for one month, putting operators under pressure to have everything ready within a tight time period,” explained Alla Serebrianskaia, a gaming lawyer and partner at Asensi Abogados.

“An operator can be based anywhere in European Economic Area, but they must to be registered under the formula of a Spanish Sociedad Anonima or its analogous form (for example a PLC) and the corporate purpose of the company must be limited to the organisation, commercialisation and exploitation of gaming/betting activities.

“Therefore, most of the applicants have to either incorporate a new company or to transform an existing one from a LTD form for example, into a PLC form, with minimum share capital of E60,000, fully paid and subscribed at time of application.

“In the previous tenders the preliminary work and compliance with these legal requirements – obtaining bank guarantees and opening of a bank account – made the one month window a bit of a stressful period of time,” she added.

The DGOJ has stated that all operators can expect to learn the outcome of their applications within six months of their filing.

This latest tender will be the third licensing window held by the DGOJ, after the previous one in 2015 saw 10 new licensees entering the market.

The regulator has reportedly said that it was prompted to reopen its books after receiving expressions of interest from at least two international operators who lacked presence in the Spanish market.

While Spain’s online gambling market got off to a slow start with a handful of operators claiming the bulk of sports betting and poker revenue, since then, following the extension of the Spanish Gambling Act to cover online slots in 2015, the iGaming industry has begun to find its feet with revenues up by more than one-third in Q3 2017.

Online casino revenue came in at €43.9m in Q3, a rise of 54.2 percent year- on-year, with slots forming the bulk of casino revenue, €22.3m, representing a year-on-year improvement of 61.7 percent, while live roulette came in second in terms of revenue, generating €9.1m.

“Figures are positive and show that the market is growing in general and in particular still has room to grow with regards to casino products,” Serebrianskaia continued.

“Every licensing process always comes together with regulatory changes, for example, the approval of new types of games.

“We already have a good offering of games, but the DGOJ is thinking of expanding this further.

“We already have a good offering of games, but the DGOJ is thinking of expanding this further.

“One of the big challenges facing the industry is to get the gambling tax reduced, which is now 25 percent on GGR for most games.

“This ultimately depends on the tax authorities, but it’s definitely important that we have the regulator on our side.

“If this is achieved, the market will be significantly attractive,” she concluded