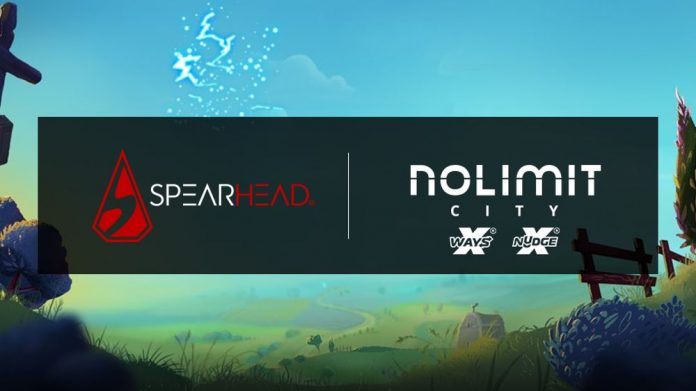 Innovative online slot developer, Nolimit City, has signed its first deal to license its trademarked xWays® and xNudge® mechanics to Spearhead Studios, the development company within EveryMatrix Group. Spearhead Studios will be using these mechanics in a classic “Book” game which is set to be released in October 2020.

xWays® is a random reel modifier that allows any given spin to produce a different number of Mystery symbols across the reels. xNudge® is a Wild Symbol where the win multiplier increases by win for every step the wild nudges.

Malcolm Mizzi, Commercial Director at Nolimit City, says: “We’re over the moon with this announcement. This partnership has solidified the impact that our inhouse trademarked mechanics have in the industry and we’re immensely proud of the achievement. Having an ambitious upcoming studio like Spearhead represent our xNudge® and xWays® mechanics, breaths room for more innovation and unique twists on the two combined! We’re eager to witness what others have in store for them.”

Mathias Larsson, Managing Director of Spearhead Studios, comments: “Both xWays and xNudge concepts are fantastic features that bring out a new level of exciting game play. We’ll be combining these two mechanics with a classic “Book” game, and we are certain this will turn into our flagship game of the year.”

Founded in November 2019, Spearhead Studios was built on the vision of developing local games for local markets. With over 20 exciting titles already released, the company aims to establish itself as a creative outlet for operators looking to offer fresh and highly entertaining content.

Visit SpearheadStudios.com to test our games and drop us a line at [email protected] for the integration details.