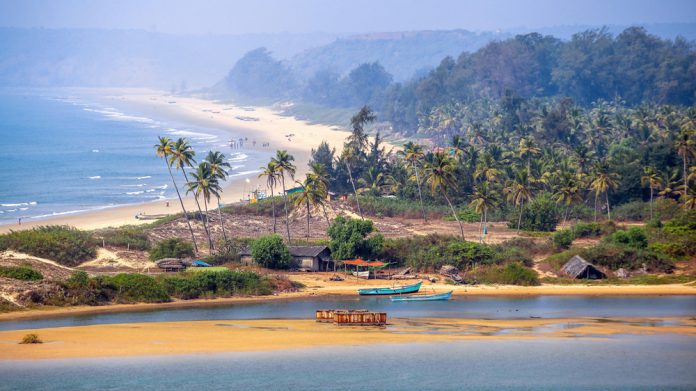 The Strategic Platform for iGaming Conference and Exhibition (SPiCE) 2019 was a “tour de force” of networking, panels and discussions among the industry’s top players.

It opened at the Goa Marriott Resort and Spa in the Goan capital of Panjim on the 25th of February 2019 with a casual Pre-event Networking Function, titled “SPiCE Breaker”, followed by two days of talks, panel discussions, debates and exhibition floor.

“SPiCE Breaker” was proudly sponsored by Spartan Poker, BetConstruct, ConversionX, Play’n GO and FashionTV Gaming Group. At 8pm the FashionTV Party, kicked off with FashionTV (FTV) and FashionTV Gaming Group, being the proud Networking Drinks Co-Sponsors. The channel’s parties are famed globally and the models added an air of glamour to the evening. This cooperation marked the beginning of FashionTV Gaming Group’s entry into the Indian market as well as the group joining events such as SPiCE not only in India but around the world. The networking party will be streamed on FTV channels soon.

“This is a great event,” said Abhishek Shah, director of CoversionX, one of SPiCE’s sponsors. ”It’s a very mixed crowd and it’s a good opportunity for us to meet many people from outside India.”

At the Pre-event Networking Function, “SPiCE Breaker”, the crowd not only networked, but was also treated to traditional Goan dancing, firework showcase and even a dance performance by the organizers and sponsors of SPiCE themselves.

Underneath the fun and laughs, however, SPiCE is a serious heavyweight of an event.
“All contributors to SPiCE are excellent,” said Pariekshit Maadishetti, Managing Director of SPiCE sponsor and exhibitor, Grid Logic Group, parent company of SPiCE title sponsor, Taj Rummy. “That’s why we have taken the lead to sponsor the show. It’s a great mix of decision makers versus people who are exploring, from domestic operators to international software providers.”
This sentiment was echoed by attendees across the board. “This is a really high quality crowd,” said Erin Urumath, account manager of Play’n Go, another sponsor of the event.

The quality of the crowd was also the draw for Networking drinks co-sponsor FashionTV Gaming Group. “SPiCE is a smaller event, but it’s the exact place to be because of the quality of the people,” said Head of Media for Fashion TV Group Aviva.

After the glamour of the evening, SPiCE 2019 kicked off in earnest the following morning. The schedule was jam packed with high-priority points of discussion and coveted opportunities to make connections.

Throughout the day, speakers and audiences discussed topics ranging from regulation and legalisation, obstacles to entering the Indian market, data handling, taxation and the growth of poker in India.

“India is getting closer and closer to getting legislation and regulation in place,” said Christina Thakor-Rankin, Principal Consultant of 1710 Gaming Ltd and chairperson of SPiCE 2019. “At the moment we have a number of different groups. You need to pull together and start coming up with a game plan. Start working with the right people and get things going.”

The day finished with the “SPiCE It Up” poker tournament aboard the Deltin Royale Ship.

On day three, regulation once again stood out as a hot topic. “In the absence of government regulation, self regulation becomes paramount to the investor,” explained Zain Pandit, Principal Associate at J. Sagar Associates. “The void created by the current lack of regulation needs to be filled by the sector itself.”

Tom Russel, general counsel at Genius Sports Group, emphasised the need for sports betting regulation in particular, explaining that creation of tax revenue, protection of consumers and protection of sports integrity are important drivers for such regulation. “Transparent, fair and unpredictable competition is key to the sports betting industry,” he said.

Online fantasy and eSports were also a focus of SPiCE 2019’s final day. “I’m very positive and very excited about fantasy gaming,” said Nostragamus CEO, Yashashvi Takallapalli, adding that in India, more and more of its over one billion people are coming online, providing much potential for growth in the online market.

As with other sectors of the gaming, betting and gambling industry, education is critical in order to eradicate misconceptions and improve the industry’s image. “We have a collective responsibility to educate policy makers in India,” said Ankush Gera, founder of Junglee Games.

Poker consultant and commentator Aditya Wadhwani elaborated on the limits of Indian players being able to compete in the international market because of slow connectivity in India. “As soon as they step outside, into Southeast Asia, let alone the rest of the world, they are getting crushed,” he said.

Indian games also need to align with international standards. “Our developers are catching up to the quality that has existed in the West for decades,” said Junglee Games’s Gera. This is a positive development. “A homegrown hit is now becoming a possibility,” he said.

Despite the challenges, optimism about the future prevails, not least of all because of the sheer size of the Indian market and the untapped potential it holds. “There is a significant risk of things going backward,” said SPiCE chairperson Christina Thakor-Rankin, alluding to a recent court judgement in Kerala. “But there is also tremendous opportunity.”

SPiCE 2019 concluded with the Table Talk Networking Dinner during which featured speaker
Ankush Gera, discussed the opportunities and challenges in the South Asian casino and gaming industry from an investor’s perspective.