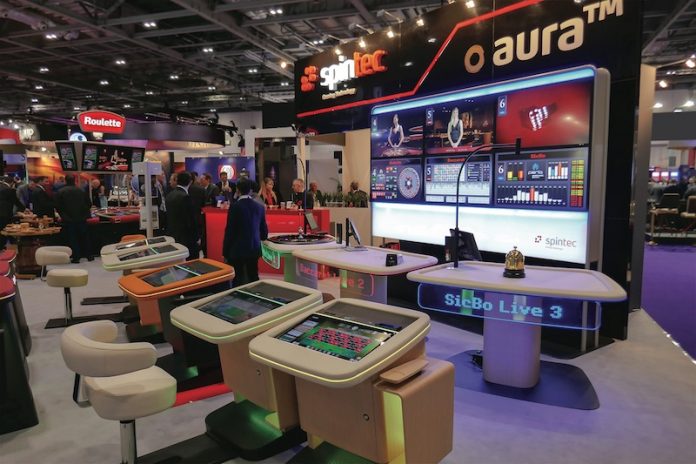 Speaking at MGS, Spintec’s Regional Sales Manager Primoz Krsevan outlined the company’s new releases for the local market, as well as the progress of the company’s developments further afield.

Slovenian-based casino supplier Spintec returned to MGS this year, demonstrating its portfolio of ETG innovations, including the Karma line, already established as a Macau staple, and the company’s new Aura multi-game console.

Regional sales manager Primoz Krsevan was understandably keen to see the firm build on its existing success, and buoyed by the response.

“I love the show here in Macau,” said Krsevan. “Although we have a distinct presence here we still like to keep a personal relationship with everyone. First-hand feedback from the field is always the most important.”

Spintec used this year’s MGS to showcase the Sic Bo incarnation of its bestselling Karma range, already established in the European market but awaiting approval in Macau.

“Over the last four years, Karma Roulette has been the most popular roulette offering with operators in Macau, with more than 50 percent market share,” said Krsevan. “Now we are submitting the sequel, Automated Sic Bo, to the ICJ, which should be approved in a couple of weeks.”

Krsevan attributes the popularity of Spintec’s products not only to the comfort and quality of the machines, but to a growing market for ETGs, over traditional live table games.

Released only this year, Spintec’s multi-game Aura solution, designed for amphitheatre-style play around a vast stand-alone screen, was also prominently on display.

With Spintec recently securing a distribution agreement in Australia, Krsevan explains the company’s sights are not limited to the concentrated Macau market.

“Our presence in Asia has been growing over the years. Spintec has installations in all six casino groups in Macau, additionally we just passed a trial of fifty terminals in the Genting Highlands in Malaysia. The expansion of our ETGs goes further to installing the first machines in Cambodia. The next focus will be Vietnam, where we are already introducing our installations.”