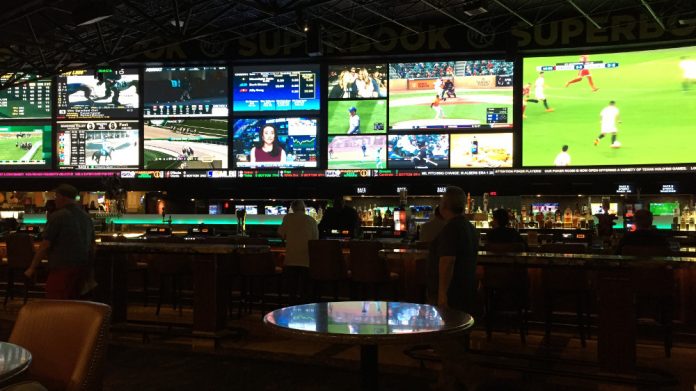 The legalisation of sports betting helped power a 3.5 percent increase in gaming revenue in 2018, according to new figures from the AGA, while the number of states allowing casinos is also on the rise, however analysts suggest that gambling expansion may represent a double-edged sword.

The legalisation of sport betting helped propel US casinos to another record year, with gaming revenue rising 3.5 percent from 2017 to $41.68bn last year, the industry’s fourth consecutive annual increase.

In May 2018, the Supreme Court overturned the Professional and Amateur Sports Protection Act (PASPA), paving the way for the introduction of sports betting outside Nevada.

According to figures published in the American Gaming Association’s latests State of the States report, this expansion helped the sports gaming market grow revenue nearly 65 percent year on year to $430.2m last year.

Moving into 2019, the AGA said data through to April showed a 175 percent increase in revenue from sports betting over 2018, in the months prior to its legalisation.

However analysts noted that the ongoing liberalisation of casino gambling benefits some companies more than others. “MGM and Caesars are well-positioned given their regional and Vegas presence that they can leverage with industry-leading loyalty programs,” said Dan Wasiolek, an analyst at Morningstar.

Alongside this, the expansion of legal gambling may also bring its own challenges, creating more competition for existing casinos.

One example of this is Illinois, the only state where gaming revenue declined in 2018, falling 2.5 percent.

The state senate recently passed a new bill paving the way for new casinos, which will bring the total number of venues in Illinois up to 16.

In a recent research note, Harry Curtis, a gaming analyst at Nomura/Instinet, suggested the Chicago market is saturated, with gross gaming revenue down three percent year on year. “The first reaction by existing casinos to lower revenues should be layoffs,” he said, highlighting the “unintended consequences” of gaming expansion. “Demand is not as endless as the legislature would like to believe,” he added.

David Katz, an analyst at Jefferies, estimated that “competitive impact could reach 10-20 percent of EBITDA” for operators like Penn National Gaming, Boyd, Eldorado and Caesars.

Katz added that Churchill Downs would have the most to benefit by adding casino gaming to its facility in Arlington Heights, Illinois.