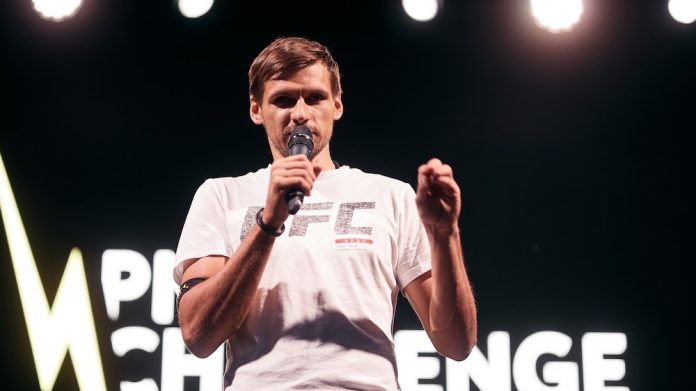 Parimatch has established itself as both rebel and pioneer in the world of sports betting brands and following an incendiary speech at the World Gaming Executive Summit (WGES) in Barcelona, it’s clear the company is preparing for a future where conformity and innovation are essential. Talking at the event, Portnov claimed a ‘marketing massacre is imminent’ for the sector with budgets doubling and LTV also growing. In the next few years he proposed a potential 100+ new betting sites targeting 18-25 segment resulting in supreme marketing, overhaul of UI/UX, more risk-taking approach and adaptive technology.

“I added some drama to my predictions, but I firmly stand behind my prophecy,” Portnov stated. “The future is positive only for some, so the real question is, for who? Definitely for those who rightsize their business and are fit to compete. Those who have legacy revenues but rely on slow systems and have an old fashioned approach will struggle. Ultimately, for those who don’t innovate, the future is negative.”

In addition to marketing, he was also quick to cast doubt on the future of sports streaming calling the technology in its current form ‘obsolete’ forecasting the need for every major brand in the market to rebrand.

“Streaming in its current form will lose its appeal, no doubt. It will evolve to be higher resolution, more interactive and will be driven by highlights streaming. We will see a core trend in content management where individual product offering will overtake generic offerings. One of the key outliers will be the need for relevance in streaming and many Netflix-like offers or Sniper-like offer will appear. Brands will have to reconstruct to ensure their brands are built to understand who they serve whilst also adapting the product/marketing to fit.”

Portnov’s predictions also place a good deal of legwork at the feet of bookmakers to future proof the industry. In his eyes, betting shops will provide their own sport competitions to ensure ‘always on’ live- betting propositions delivering unique sports and game content alongside speed, trust and increased b2b marketing opportunities.

“The betting industry has managed to synergize with the commercial sports sector to an extent beyond imagination,” he explained. “Every team, every player, every championship has ties with betting nowadays. The growth of sports and the rise in its popularity goes hand in hand with the growth of the betting industry.”

To compensate for these dramatic changes, the focus on senior leadership and management is a key transition in Portnov’s future with the majority of companies set to transform management teams. Commenting on how brand’s can prepare for what’s to come and how Parimatch is set to weather the coming years, he said: “It is imperative to invest in talent, adopt an entrepreneurial mindset, stop wearing suits at work, think long term, experiment, bring in youth, discourage complacency, create smaller teams, flatten hierarchy and encourage teamwork. Parimatch is built on these foundations. We still have work to do but I believe we are more ready than others. We’re braver, more people oriented and are always poised to adapt.”

As a forward thinking industry leader, Portnov is quick to distant himself from other futurists like Elon Musk stating that the Tesla co-founder thinks way too globally’. Parimatch’s CEO believes his forecasts are more down to earth, and business oriented claiming you cannot compare someone who thinks about Mars with someone who runs a betting company’. In terms of grounded predictions, one of the more near-future projections Portnov explores is that of next year’s ICE London in February at which payments will finally get the ‘attention they deserve’.

“Whenever we run surveys with thousands of players, things like odds, bonuses, limits and UI/UX always come at the top. But the number one item now is payments. The speed, cost and efficiency of the money handling is becoming the most important differentiating factor between bookmakers.”

“ICE London will be overfilled with payments solutions,” he concluded. “Bookmakers will finally start building USPs around payments and with the advent of speedy withdrawals and next level of integrations with PSPs or banks, payments will become more important than odds.”