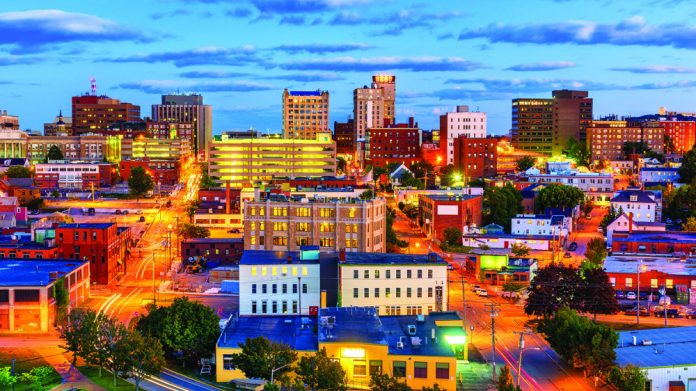 While tribal representatives have welcomed proposals for a third casino in Maine, the idea has met with resistance both from the state’s existing operators and county officials.

A proposal by Maine lawmakers to allow the state’s tribes to operate a casino is generating controversy in the Pine Tree State.

LD 1144, “An Act to Authorize Tribal Gaming”, would allow the state’s tribes to jointly operate a casino with slot machines at a currently undetermined location, which would need to be situated at least 50 miles from Maine’s two existing casinos in Bangor and Oxford County.

Rena Newell, the Passamaquoddy tribe’s representative in the Maine Legislature, called upon members of the Veterans and Legal Affairs Committee to support the bill, which she suggest could help strengthen relations between the state and the tribes.

“Not only to be recognised in the future as those who changed the rejections of history, but as those who recognised the need to work together in improving tribalstate relations,” she stated.

Alongside the Passamaquoddy, the Penobscot Nation, the Houlton Band of Maliseet Indians and the Aroostook Band of Micmacs could be included under that proposal.

Meanwhile a second piece of legislation proposes permitting the Passamaquoddy tribe to install 50 slot machines at a gambling hall in Washington County, which currently offers beano. This bill allocates a quarter of net slot machine income to Maine’s General Fund.

However, Jack Sours, the VP and general manage of Oxford Casino and Hotel, contends that an additional gaming venue could put a damper on the Maine market.

“Casino expansion will put an end to this success. Expanding gaming in Maine, like has occurred in other jurisdictions to the point of saturation, will hurt the existing facilities, cost jobs, and stagnate their development,” he argued, speaking before the VLAC regarding the two bills.

“If you choose to expand gaming at this time, you will kill this successful economic engine for Oxford County.”

He added that another casino would only serve to “move dollars from one [property] …to another with little or no benefit to the state”. “After years of growth, the Maine gaming market has simply stopped growing,” Sours asserted.

Maine Gambling Control Board figures show that Oxford town and county received $2.9m in revenues from the tables games and slot operations at Oxford Casino during 2018.

In the past, town officials have relied on the casino revenue as a way of reducing the tax burden on property owners, and to pay for community services provided to the community such as law enforcement, the fire service, and the town office.

“The money goes into a general revenue account and is used to offset expenses such as the town’s monthly payment to RSU 17 (the Oxford Hills School District), fuel costs, payroll, and health insurance etc.,” said town manager, Butch Asselin. “Proceeds received from the casino is treated similarly to other revenues the town receives such as excise tax, plumbing permits, real estate taxes and boat registrations.”

Speaking during a public hearing on LD 1144 in March, Oxford county administrator Tom Winsor stated that the county commissioners are also opposed to the bill.

“We do believe development within 50 miles of an existing facility will effectively cannibalise income that is dedicated to the state and others from money out of current casinos’ operations,” Winsor testified.

“The (Oxford) casino’s business is flat, and not growing, so they’re doing things like becoming a convention centre more than a gambling centre.” He added that an additional casino within a 100-mile radius of the Oxford property or Hollywood Casino Hotel and Raceway in Bangor could hurt the state’s existing gaming businesses.

Casino expansion has long been a thorny issue in Maine. Back in 2017, voters overwhelmingly rejected a ballot referendum that would have allowed a commercial casino in York County by an 83 percent margin.

Alongside the casino expansion proposals, several bills seeking to tax and regulate betting on sports games are pending in the Maine legislature. “It is pretty obvious why we are doing it,” said state representative Jeffrey Evangelos, a sponsor of one of the proposals. “It is fun and everyone else is doing it. Why shouldn’t we get a piece of it, too?”

Despite this, there is disagreement among lawmakers on how to regulate sports betting, how much to tax it and where to spend the money. At present, only two bills to legalise sports gambling have been presented in full, but up to three more are reportedly in the process being drafted. Evangelos’ proposal, L.D. 1348, would allow adults over 21 to gamble on professional and amateur sports at casinos, racetracks, off-track betting parlours and online.

The bill includes a $30,000 licence fee and a 25 percent rate of tax. Evangelos stated that his proposal is modelled on New Jersey, the first state to legalise sports betting last year. “We are not reinventing anything. It is an established model that works,” he added.

State representative Dustin White, has a different take on sports betting legalisation. Under his bill, L.D. 1515, people of 18 and over could gamble on sports but only in bricks-and- mortar harness racetracks and off-track betting parlours.

Licensing would cost $5,000 and the 18 percent tax would be split across multiple destinations, including primary education, college scholarships and Maine’s Indian tribes, but the lion’s share would be directed to support Maine’s harness racing industry. “We’ve had casinos for many, many years now.

Gambling isn’t anything new to the state of Maine,” White said. “I think people are more open to sports betting than they have been in the last year. Looking at the national attention, it is just going to trickle up to Maine. I’d rather be the first in New England [to legalise it].”