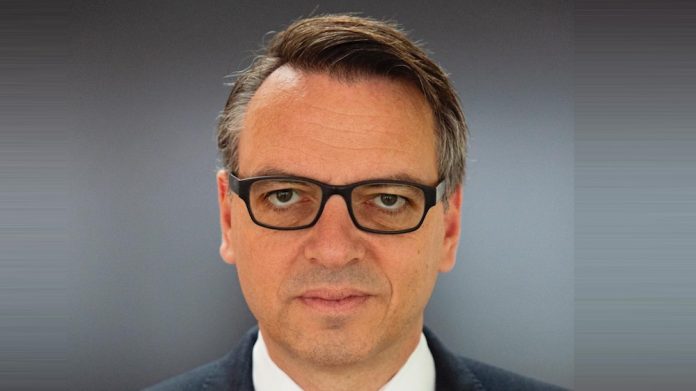 ‘The future of lotteries and player behaviour is not about which is best, it’s about achieving a synergy between state and secondary’ is how Ralph Clemens Martin, CEO at EMIRAT AG has described his company’s attitude towards the growing impact of secondary lotteries as online gambling continues to rise. Talking ahead of this year’s ICE London, Martin explores why covering jackpots is key to secondary lottery verticals, the benefits of sharing resources between state and secondary lotteries and why collaboration is vital to ensure the sector maintains its position as a leading, trusted gaming sector.

With the advance of iGaming, Sports Betting and mobile casinos continuing to dominate industry focus as the emerging verticals of choice around the globe, lotteries can often be sidelined in terms of potential growth possibility in gaming. However with one of the most consistent player bases in the industry, specifically across state lotteries, the sector is ripe for progressive developments, something which EMIRAT AG believes can be found by combining the best aspects of both state and secondary. He explained: “In recent years we’ve seen a problem within the sector by which state lotteries are afraid to lose customers to secondary lotteries because they’re threatened by the alleged advantages they offer. With the larger, more well-known state lotteries, players are defined by having to ensure their residence in a particular Country or State, whereas with secondary lotteries there is a much wider choice of draws available where everyone, almost entirely independent of their residence or citizenship, can play on different jackpots. To us as a company providing the world’s leading lottery insurance and jackpot coverage to both, it’s incomprehensible that there is not more collaboration as both verticals could profit from potential rewards. Without state lotteries as the original lottery product, the secondary lottery industry would not exist! The future of lotteries and player behaviour is not about which is best, it’s about achieving a synergy between state and secondary.”

EMIRAT AG is keen to develop new relationships and open the conversation around secondary lotteries bringing deeper cooperation to the growing number of draws taking place across the globe. Commenting on his belief in a new approach, Martin continued: “One of our initial ideas is to introduce a partial regulatory framework whereby secondary lotteries would pay a share of their revenue to the concerning state lottery. This would not only increase the player base for operators but also enhance enforcement around the less effective legislations which have created such marketplace confusion recently. It’s very rare that outright bans ever work so we’re keen to bring more clarity to the situation and adopt a framework which provides stakeholders, operators and players with the most adaptable and responsible growth potential going forward.”

Over the last ten years there has been a significant growth in secondary lotteries in Europe, Africa and other markets, with enhanced focus on how newer draws are governed by ambiguous regulation in most EU jurisdictions, leading to operators offering products in countries where it is not expressly prohibited to do so. This has lead to increased pressure from state lotteries and iGaming operators who are concerned about how to cover paying out massive jackpots as there is real risk, even with large, respected secondary lotteries, in covering these jackpots. Commenting on the regulatory gaps exposed by secondary lotteries, Martin continued: “Obviously there’s risk with secondary lotteries but the real key to this huge market for iGaming operators interested in secondary lotteries is cooperating with a company like EMIRAT AG which can not only cover impressive jackpots but also work with them on regulatory issues and help them stand apart in a crowded market. As the leading specialist for removing financial risk from operators, we are not only dedicated to covering larger jackpots for our clients, we’re also deeply committed to helping secondary lotteries maintain transparency so lotteries across the world maintain their strong reputation amongst players and continue strong, collaborative relationships with regulators.”

EMIRAT AG’s core business specialises in covering lottery jackpots and in 2017 alone, the company covered more than €280bn across both state and secondary lotteries and their focus is set to grow in 2019 as they prepare to enhance their lottery offering and also work on a number of some exciting consumer marketing campaigns. “We give financial security for lotteries all over the world,” concluded Ralph Clemens Martin. “At EMIRAT AG we can offer big attractive jackpots alongside any number of unique ideas too. We closed out 2018 with some exciting jackpots across state and secondary lotteries and are looking forward to expanding our expertise and game portfolio in 2019. We’ve been in talks with a number of operators who are keen to add further games to their portfolio on top of their original offering. The flexibility with which EMIRAT AG handles such new game ideas is something which we pride ourselves on at our company. Whether it’s for state or secondary lotteries, EMIRAT AG is primed to help support those companies going beyond the classic lottery games by providing a suitable insurance whilst also creating an exciting and attractive lottery experience!”

For more information on the world’s leading jackpot insurer, visit: