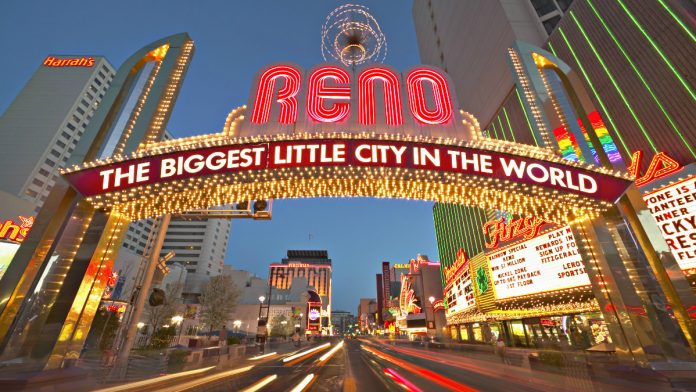 [dropcap]I[/dropcap]n July the company filed an application for a special-use permit to build on eight acres of land close to the Reno-Sparks Convention Centre, which it also owns.

Station said it has not determined when the casino will be built, but the facility is estimated to cost between $50m (E45m) and $70m (E63m). The group envisions an 84,000sq.ft gaming and entertainment space, a sports book, and 24/7 cafe with outdoor dining.

“With a 40-year history in the Nevada gaming industry, [we have] been interested in the Reno area for many years,” Station said in a statement. “Over a decade ago, the company made significant land purchases in the south Truckee Meadows and near the Reno-Sparks Convention Centre, with the intent of entering the Reno gaming market.

“Like many Nevada businesses, however, the economic downturn required the company to alter and delay its plans. The recent expansion and diversification of Northern Nevada’s economy has renewed the company’s interest in developing a gaming property in the Reno-Sparks market.”

The Reno project would create 350 construction jobs and 150 to 200 jobs upon completion, according to Station.