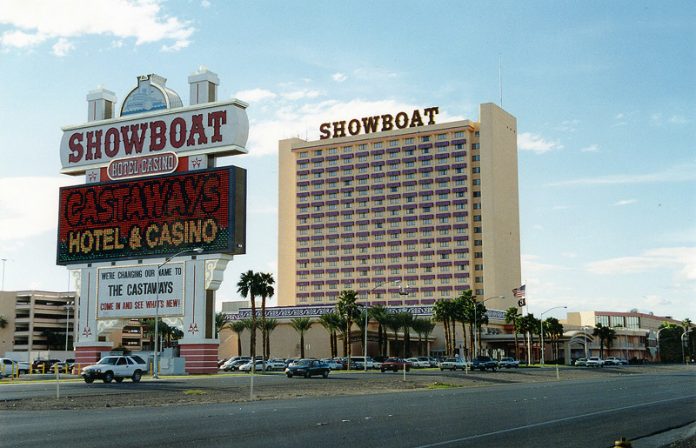 [dropcap]A[/dropcap]merican casino operator Station Casinos is attempting to sell the vacant 25.5-acre site for $6.6m (E5.9m) more than a decade after purchasing the Castaways Hotel and Casino in Las Vegas and then demolishing the property.

It is the second vacant plot in the valley that Las Vegas-based Station is trying to sell, although the price tags vary greatly.

It went bankrupt in mid-2003 and was seized through foreclosure in early 2004, after which it was forced to close.

At the time the Las Vegas Sun reported that a group of local casino owners were discussing plans to buy the property and transform it into a Hispanic-focused entertainments centre.

However these proposals were pre-empted by Station Casinos after it paid $33.75m (E30m) for the defunct resort in the autumn of 2004 without announcing any future development plans.

The company began demolishing the Castaways in summer 2005 and imploded its 19-story hotel tower in early 2006.