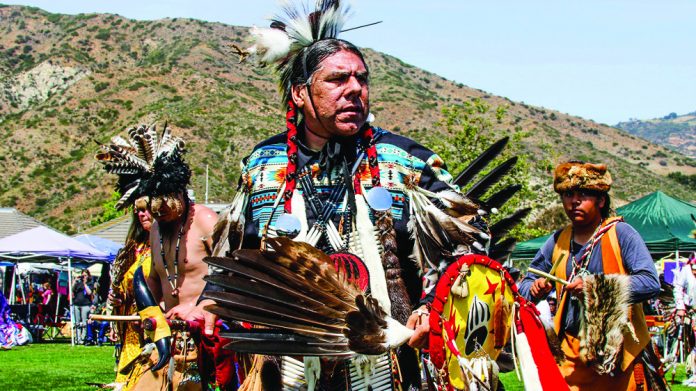 When I was first elected to serve on CNIGA’s Executive Committee in 2009 we found ourselves in the middle of a nationwide economic crisis. The decade that followed saw ups and downs, but tribal governments, led by the spirits of our ancestors, and wisdom of our elders, remained focused and vigilant. Today, I am pleased to report, that the State of the Tribal Nations is strong and growing.

Thirty years after the passage of the Indian Gaming Regulatory Act, 61 of California’s 110 federally recognised tribes are operating a total of 63 casinos. According to the California Employment Development Department, California’s tribal governments directly employ nearly 64,000 Californians, an increase of nearly three percent over last year. These figures do not take into account the hundreds of local vendors and service providers working with tribal casinos that are employing tens of thousands of additional people. It is estimated that for every job created directly by tribal gaming, three more are created by local businesses providing goods and services for that tribal property. Overall, it is estimated that more than 250,000 are now employed, either directly or indirectly, because of tribal government gaming. Altogether, tribal governmental enterprises employ more workers in California than in the pharmaceutical and medical manufacturing industries.

Over the years we have learned that where tribal governments thrive, whole communities, Native and non-Native alike, thrive. And this past year proved to be an especially robust year for tribal government gaming. From the redwoods to the Mojave, tribes are both expanding and breaking ground on new facilities. This past year saw a flurry of activity as 20 tribes came to agreements with the state of California and signed either new or amended compacts.

In the Sacramento suburbs, frames of buildings on the south edge of Elk Grove that have served as ghostly reminders of the last recession will soon neighbour a brand new $500m gaming facility for the Wilton Rancheria, who recently began preliminary efforts at construction and expect to open their first gaming facility sometime next year.

On the other side of Sacramento, in the farm fields near Wheatland, the Enterprise Rancheria has partnered with the Seminole Tribe of Florida-owned Hard Rock International to construct a $440 million casino and hotel, to be known as Hard Rock Sacramento and is expected to open in the fall of this year.

To the east of Sacramento, near the town of Ione, the Buena Vista Band of Me-wuk Indians broke ground last April on a $168m project with Ceasars slated to open this year.

All of this capital-area activity doesn’t even touch on the $56m expansion that the United Auburn Indian Community has recently undertaken on their existing Thunder Valley facility in Lincoln. And just up Highway 50 in the Sierra foothills, travelers can stop by the Shingle Springs Band of Miwok Indians’ new $7m fuel centre that opened last summer.

Tribal gaming is also showing robust expansion in other areas of the state, as well. In Southern California, the Sycuan Band of the Kumeyaay Nation are not only undergoing a $226m hotel and resort expansion that will result in a 12-story, 300-room hotel and 42,000 sq ft of conference space, they are also constructing the Sycuan Square project, whose initial phase includes a 5,500 sq ft convenience store and 1,600 sq ft gas station. All of this activity has resulted in over 700 new casino and resort jobs.

In the far northern part of the state, the Karuk tribe opened their Rain Rock Casino in Yreka last spring creating hundreds of jobs in an area of the state where they are much needed. Similarly, on the far north coast, the Elk Valley Rancheria is planning an entirely new casino.

In total, these projects have effects that go beyond their communities and provide significant aid to the broader California economy. Tribal government enterprises generate nearly $8bn in economic output and $5bn in added value to the California economy as well as $480m in state and local tax revenue, nearly $400m of which is generated by our gaming operations alone.

Judging from these statistics, the tribes of California have much to be proud of. But, there is still more to this story. Tribal government gaming has done much to dramatically reduce the number of Californians on welfare, aid to families with dependent children and other public assistance, saving the state millions of dollars annually. Up and down the state, there are also numerous examples of tribal nations entering into voluntary agreements with local and county governments that ensure they receive tens of millions of dollars in compensation for service and infrastructure impacts. The contribution of Indian gaming to the state of California is nothing short of spectacular.

All this activity is a direct result of the exercise of tribal sovereign rights. Our ability to prosper and care for our people through economic development all too often has its limits in the minds of others. We should always conduct ourselves as good neighbours and citizens, willing to listen and to talk, but always ready to defend our fundamental beliefs, principles, and economic interests and overall cultural identity.

We must remain vigilant against those who would seek to divide us, charm us, threaten us, tempt us or otherwise lead us to believe that our security and well-being is to be found in anything other than our tribal sovereignty. The allure of false promises, simplistic arguments, and division among ourselves may be the greatest danger facing us. Our history demonstrates that if we are to fail, it will be by our own hand, not by some outside aggressor. This year will be no different as tribes will be faced with numerous challenges.

More than 20 tribes are operating under the original 1999 compacts. Those tribes are looking to governor Newsom to re-negotiate compacts that take into account the uniqueness of each tribe and negotiate agreements that will continue to allow for prosperity on and off of tribal lands.

With the Supreme Court ruling throwing out the federal prohibition against sports wagering, it is no doubt that this will become a hot topic for discussion among legislators, tribal governments and numerous commercial entities that stand to profit from its legalisation. Tribal governments must come together to ensure meaningful input on the framework of any sports wagering legislation and or public policy. Caution should be taken and all aspects of implementing sports wagering – including development of a regulatory framework which includes enforcement – must be thoroughly developed before California considers legalising another form of gaming.

California is plagued with a commercial gaming industry that has run amok. For the seventh year in a row, CNIGA is calling on the state of California to enforce the rules set in the State Constitution to ensure a well-regulated gaming industry. Laws are of little worth without enforcement. It is the job of the state to ensure that the commercial gaming industry adheres to the very laws that threatened to shut down tribal gaming in the 90’s. The illegal gaming being conducted at California cardrooms is a direct violation of California’s prohibition of banked and percentage card games off Indian lands. This exclusive right was given to California’s tribal governments when the California electorate overwhelmingly voted to amend the constitution to limit slot machines as well as banked and percentage card games to Indian land. The law is clear and must be enforced.

It is in our best interest, and the interest of the state, that the gaming industry, both commercial and governmental be fair and well regulated. Tribes are proud of our regulatory track record and hope cardrooms will be held to the same standard.

It is no secret that the tribal gaming market in California is among the largest. An industry of this size and significance is in need of a trade association. It is with this wisdom, that a handful of tribal leaders, meeting in a tiny hotel room in the, now non-existent, hotel at the Sacramento airport decided to form CNIGA in 1988. Since that time CNIGA has served as a vital resource to tribal governments and has been at the forefront of every major battle facing the tribal gaming industry. Our work will never stop which is why having a strong association with sound policies is critical.