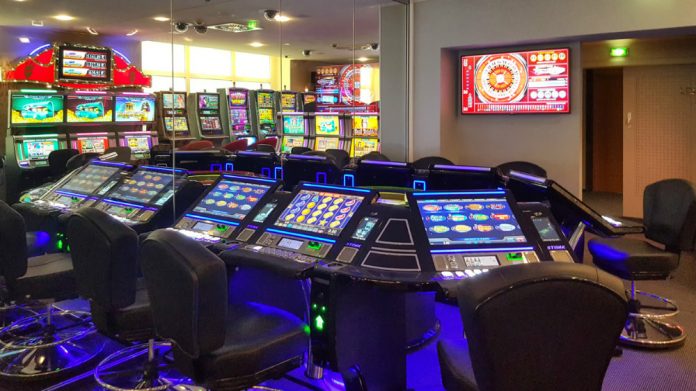 With a kickoff presentation in Cottbus, D-Systems GmbH, the official representative of Euro Games Technology for Germany, launched the Stork terminal on the local market.

[dropcap]T[/dropcap]he premier took place in Joker’s Place Casino where the most successful product of EGT’s multiplayer division had its first installation in the region several months ago in two identical configurations of six Storks alongside an automated roulette wheel.

The Stork’s advantages and gaming capacity where presented to a target audience of top casino managers from all over Germany by Emilia Tomachinska, MD of D-Systems GmbH, and Thorsten Schürkötter, general manager of Joker’s Place Casino.

“We are pleased by the positive feedback we received from our guests,” said Tomachinska. “They were impressed how versatile the Stork terminal is when it comes to different configurations and how high its gaming capacity is.”

The machines are supplied with their own multigame mix – Premier Rigel-1, featuring 20 video slot titles and the terminals can be connected to up to six automated or live roulette wheels.

The Storks are also linked to the 4-level mystery progressive jackpot system Jackpot Cards, that additionally widens players’ chances of winning and adds more excitement to the game.

The attendees’ attention was drawn to EGT’s latest high-performance platform – Exciter III, which also made its official German debut at the event.

Its features were presented via the multigame mixes of Collection series – Orange and Green, each having 48 different titles in its library and housed in the P-24/24 Up of EGT.

The platform is based on an advanced technology that integrates with all EGT’s latest products while offering customers flexibility, more processing power, enhanced graphics, animations, sounds and improved usability.

One of its main advantages is that it now makes possible the selection of the game from the main screen, alongside the choice of the preferred denomination.

“Its ergonomic features and high-end technology were also beyond question, together with the advantages of having the newly developed Exciter III platform,” Tomachinska explained.

“I am confident that the presentation will build towards many Stork and other EGT models future installations around the country and am looking forward to continue having delighted customers with our products’ quality and efficient service,” he added.