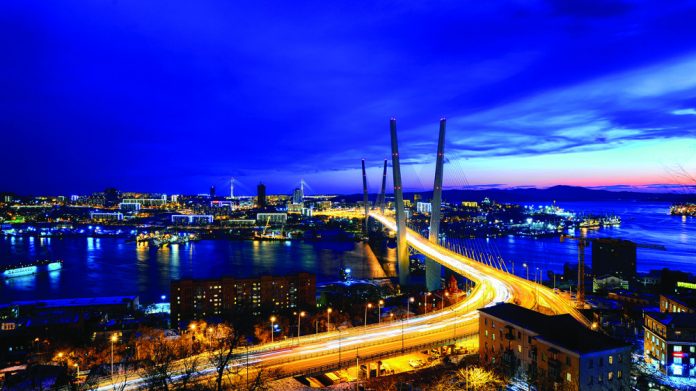 Both analysts and Summit Ascent Holdings executives anticipate that the increased participation of Macau junket brand Suncity Group will help further expand Tigre de Cristal’s VIP business, while the Hong Kong-listed company is reportedly planning the $400-$500m second phase of the casino resort in the Russian Far East which it’s suggested could open by “late 2021”.

Tigre de Cristal is currently the only casino property in operation in the Primorye Integrated Entertainment Zone, situated 50 kilometres (31 miles) from the Pacific port of Vladivostok.

Summit Ascent confirmed the appointment in a filing to the Hong Kong Stock Exchange at the end of May. Suncity Group CFO, Philip Wong Pak Ling, has also been named as a non-executive director of the company.

In April, Suncity Group Holdings – which is also listed on the Hong Kong bourse – said it had increased its interest in the stock of Summit Ascent to around 27.97 percent.

“The company aims to increase its investment in tourism related property projects regions other than China, among which, the company believes that Russia is a favourable place for investment,” it said in the filing.

Speaking to the gaming media, Eric Landheer, an executive director of Summit Ascent, was recently reported as saying that the involvement of the Suncity brand would benefit Tigre de Cristal.

“We believe that Suncity will take an active role in, and have a significant positive impact on, the growth of our VIP business, and that their experience as the premier VIP operator in the world will enable us to enhance our offerings to suit their extensive client base,” he stated.

Landheer additionally confirmed that Tigre de Cristal will be adding more VIP gaming tables as part of its forthcoming expansion. He added that investment in the second phase of the property will be in the range of $400-$500m.

“We are now deciding if we first move forward with the previously-announced villas or if we begin the full construction of Phase 2A,” he explained. “The first stage of phase two is expected to be ready by late 2021 or early 2022; we are still working on the timeline for the second stage.”

The executive said Phase 2A has an estimated cost of around $200m and will add 350 hotel rooms, an indoor beach club, restaurants, shops and a multi-purpose venue for conventions and exhibitions.

Investment in Phase 2B will be in the range of $200- $300m. “It will be an all-suite hotel, with 150 rooms, catering to the high-end premium and VIP customers,” Landheer continued.

He elaborated that Tigre de Cristal would be “moving up in the value chain in terms of VIP”, as the property “enhances its offering, which will likely provide a higher yield”. “In the long term, …[Suncity] will look into how the VIP operations are run and tweak where necessary in order to maximise the business,” Landheer added.

In a recent forecast, Union Gaming Securities Asia stated that thanks to its strengthened ties with Suncity, among other factors, Tigre de Cristal is on track to record VIP gaming volume next year of HKD59.7bn ($7.61bn), up from a forecast HKD17.2bn this year.

The brokerage suggested that 2020 could see growth of up to 250 percent under a new ownership structure at Summit Ascent, with a gross VIP volume increase of HKD42.5bn ($5.4bn) between this year and next.

“VIP volume will increase much more significantly than had been anticipated,” Union Gaming said in a note in late May.

“Suncity has taken a material ownership stake in the company and we expect the VIP volume story at Summit Ascent’s Tigre de Cristal to grow by nearly 250 percent next year (with notable upside risk based on the amount of volume Suncity has at its disposal).

“Our previous estimates had already reflected a notable increase in VIP volume in 2020, which was based primarily on what was then a small equity stake held by Suncity. With Suncity’s upsized stake giving them real skin in the game, we now expect VIP volume to be significantly higher,” the note continued.

“To put the absolute 2019- to-2020 VIP volume increase of HKD42.5 billion in perspective, we believe that Suncity [brand] is already sending more volume than this to its room at an existing casino in Vietnam where it holds no ownership stake.”

PRIMORYE STILL ON THE LOOKOUT FOR ADDITIONAL INVESTORS

The Primorsky Krai Development Corporation has confirmed that the Primorye Integrated Entertainment Zone is on track for several new casino resort openings next year, according to the agency’s executive director, Igor Trofimov.

CJSC Shambala next in line to open. Diamond Fortune expects to open its Selena Casino as part of the Imperial complex in September 2020, “In 2020, the second phase of the construction of the Primorye IRC will be completed – the opening of two new Naga Vladivostok and Shambala complexes will take place,” Trofimov explained. “Investors are in the active stage of construction – the first floors of new buildings have already been erected. Financing in the amount of RUB2.9bn ($45.5m) under the program initiated by the Federal Agency for Tourism will be directed to the construction of the transport engineering infrastructure.”

While the zone is finally beginning to expand, four years after Tigre de Cristal opened its doors in 2015, Trofimov stated that the Primorsky Krai Development Corporation is still “interested” in attracting additional investors. “Today there are two free land lots for the construction of hotels and casinos, and work is underway to expand the possibilities of the non-gaming entertainment segment – the resort concept includes not only a gaming zone but also provides entertainment for family and youth recreation, such as an amusement park or water park,” he clarified.