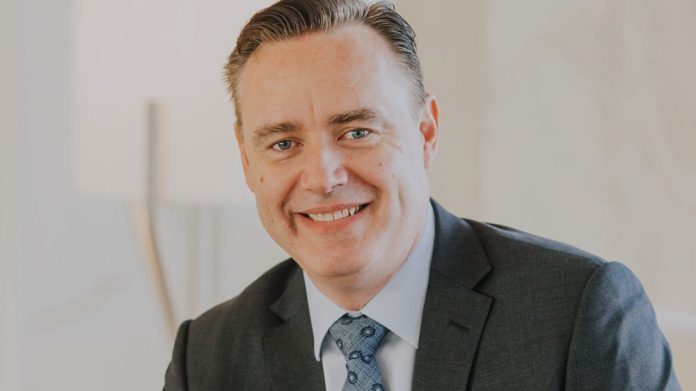 Casino Review: What are some of the new game titles Synergy Blue showcased at this year’s G2E?

Georg Washington: We showed four brand new games at G2E this year, as well as some updated and enriched versions of our most popular existing titles. Joyride Jackpot was a big hit at the show. It’s one of our newest games, designed on a classic, arcade-style driving cabinet with foot pedals and in-game options. We also debuted Blizzard Blast, Big Buck$ Bubble Pop, and Zombie Heat—which are each designed in varying styles of popular mobile games to provide variety for players who may not be attracted to traditional casino games.

CR: In a report this September, Synergy Blue surveyed more than 1,000 gamblers and found that 79 percent of people would be more likely to visit casinos if the games were more like video, arcade or mobile games. What are the significance of these findings for skill-based gaming?

GW: We believe that our findings represent a shift in gaming preferences that the gambling industry hasn’t come across before. The popularity of gaming in general has increased dramatically since the advent of video, computer, and then mobile games. Why haven’t casino games kept pace with that momentum? Because currently casinos provide a very different style of game play—which isn’t a bad thing, but it shows that there is growing interest in different types of games and experiences, driven by a burgeoning segment of the market that is currently being underserved. Traditional gambling games will always have their space on casino floors, but our research shows that different experiences need to be considered if we’re to remain relevant with new generational preferences.

We also found a few disparities between how operators and players view skill-influenced gaming. For example, 63 percent of gamblers said if casino games were more like video, arcade or mobile games, they’d spend more time playing them. Yet, when asked last year, only 19 percent of casino operators thought skill-influenced games could help drive longer playing times. Also, 77 percent of gamblers said they would understand how to play a casino game if it resembled an arcade game. However last year, casino operators listed player understanding as a key area of improvement for skill-influenced games, hinting that the modern gambler may not need as much instruction as we thought.

CR: Synergy Blue recently moved its headquarters from California to Las Vegas, Nevada. Could you tell us more about this?

GW: Yes, and we couldn’t have asked for a more welcoming community. We found that even though we were based in California, we were spending more and more time in Las Vegas, so the move just made sense. We’re very happy to be here in the heart of the US gambling industry, closer to our clients and the industry. Las Vegas is the perfect location for our company to grow along with the skill gaming industry.

CR: Looking forward, where will the focus be for Synergy Blue as we head into 2020?

GW: Well we just announced trials with Station Casinos in the Las Vegas area, so that’s a very exciting step for us. We’re announcing additional trial placements soon. We have a lot going on and are going to be extremely busy for the foreseeable future, but it’s all very exciting. Stay tuned!