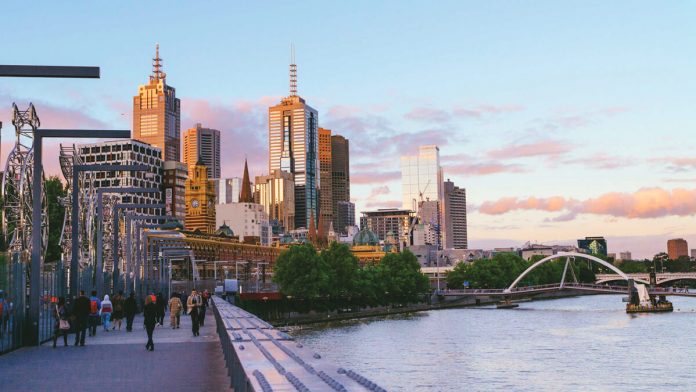 Tabcorp has posted third-quarter revenues of AUS$1.4bn – an increase of one percent year-on-year – as the Australian bookmaking goliath continues its preparation for the launch of ‘Sun Bets’ in partnership with media mogul Rupert Murdoch.

[dropcap]T[/dropcap]abcorp, one of the world’s largest publically listed gaming companies, scored a landmark victory against its rivals last month when the Australian government declared that all forms of online in-play betting were illegal.

Competitors such as William Hill and Ladbrokes had been encroaching on the wagering giant’s territory with new apps that allowed punters to make live bets via the phone, but Tabcorp – which considers its retail estate the backbone of the business – maintained that the apps went against both the letter and the spirit of the law.

“Tabcorp has long held the view that it is illegal to offer online betting on live sport, which is why the Federal Government’s decision to remove any ambiguity around this issue is welcome,” said Tabcorp spokesman Nicholas Tzaferis.

“Illegal offshore operators do not comply with Australian controls relating to issues such as responsible gambling. As such, the Federal Government’s decision to crack down on them will strengthen consumer protection.”

Now, after fending off the competition at home, the Australian bookie is making the move onto William Hill’s and Ladbrokes’ turf with the launch of Sun Bets in collaboration with News UK.

“Sun Bets is an exciting opportunity,” said Tabcorp spokesman Nocholas Tzaferis. “This deal enables us to take the market leading wagering capability we have developed over many years and enter the A$7bn UK online gambling market with a very powerful local brand and content partner.”

In the third quarter of the year, Tabcorp saw incremental revenue growth in all its core divisions. Revenues increased one percent across wagering and media, gaming services and keno to AUS$1.4bn, with overly favourable results for customers putting a drag on growth.

“Tabcorp continued to drive revenue growth in the third quarter, with pleasing levels of customer engagement across the group. Wagering turnover grew more than three percent, although the revenue performance was impacted by favourable results for customers,” said chief executive, David Attenborough.

“We have made good progress against our strategy, executing a number of initiatives that have created growth and value. We have seen pleasing levels of customer engagement across the group and continued to drive revenue growth,” added Tzaferis.

“Other successes include completing the integration of the recently acquired ACT TAB business, securing Victorian racing media rights and signing an exclusive Australian agreement with Longitude to introduce a new tote betting platform.”

Sun Bets, which is expected to launch this summer, will tap into an existing market of the some 5.5 million Sun readers who already engage in sports betting. According to the newspaper, 55 percent of its 10 million-strong readership already place bets, while one million actively play its Dream Team fantasy football competitions – giving a vast pool of engaged bettors to tap into. In the meantime though, Tabcorp remains focussed on its Australian retail estate; a key point of differentiation from the wealth of online and mobile brands.

“Retail remains our most popular channel and sets us apart from our online only competitors,” said Tzaferis. “It’s a core focus of our business, which is reflected by an ongoing investment in retail, including greater digital integration.”

“In Wagering and Media, our priorities include investing in the integration of our retail and digital channels, product innovation and the launch of Sun Bets,” he continued.

“With regard to our other businesses, in Gaming Services the priority is driving the performance of our partner venues and continuing to expand, while for Keno the focus is jackpot pooling and executing the digital strategy.”