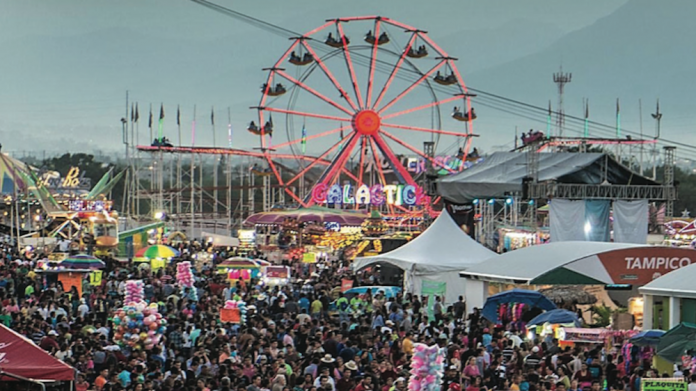 Officials estimate that Tamaulipas could see up to 30 new casinos open in 2019, however trade body Fecanaco, while in favour of gaming re-legalisation, has criticised Internal Revenue’s handling of the licensing process.

Tamaulipas looks set to see a major gaming expansion after lobbying efforts by a number of business bodies prompted the State Congress relegalise casinos.
In November, the regional government reversed a 2017 decision to ban casinos and shut down strip clubs in the state. The new initiative was put forward by the independent local deputy, Humberto Rangel Vallejo and later passed by 30 votes in favour to four against.
Following the vote, Economic Development secretary, Carlos García González, estimated that up to 30 casinos could begin operations in the state by next year in border towns like Reynosa, Matamoros, and Nuevo Laredo.
“From what I’ve seen in other states the number could be between 20 and 30 establishments,” he explained. “It’s going to bring a positive economic benefit.”
“I think this is going to help the border region, which could benefit from additional tourism. There are many people from Texas that would be willing to cross [into Mexico] to come and have a good time.”
García González clarified that a year and a half since the prohibition of casinos – which formed part of efforts to cut off sources of funding for organised crime – conditions in the state have changed.
“From our perspective the situation is more stable. This creates the conditions to re-evaluate opening the casinos once again,” he added.
Back in September, the Tamaulipas branch of the Federation of Chambers of Commerce (Fecanaco) made a formal request to the State Congress and García González to carry out a study evaluating the economic, employment, and tax benefits which casinos could provide.
“To close the door to casino operations in Tamaulipas is to strike a blow against the state’s competitiveness while it leaves the door open for the residents of Tamaulipas to go to neighbouring states like Nuevo León or Veracruz where casinos are allowed, or even to drive to Louisiana or take a cheap flight to Las Vegas, [it’s] a market and capital that we are losing out on,” Fecanaco said in a statement.
In November, the president of the National Chamber of Commerce for the Restaurants and Seasoned Food Industry (Canirac) in Tamaulipas, Pablo Reyna Quiroga, also lent his voice to the debate, highlighting the tourism benefits offered by casinos.
“In Tamaulipas there are people in Ciudad Victoria, Tampico, Matamoros, and Reynosa who like to go to the casinos in Monterrey. The proposal could be very good for the state,” he explained.
“Nevertheless, it has to be [properly] regulated and those [operators who receive a licence] must be well-established and must not have a bad record in any other part of the country.”
Despite this, Fecanaco has criticised the lack of transparency in the wake of the relegalisation, singling out the Department of Finance’s subsequent handling of the licensing process which it has characterised as “strangely premeditated”.
Representatives from the trade body are looking to meet with the state governor Francisco García Cabeza de Vaca to express their concerns and present evidence which they allege indicates the undersecretary for Internal Revenue accepted bribes in exchange for the new licences.
“Once again permitting [casinos] to operate is, in essence, a positive measure for the economy since in practice they are major revenue generators,” said the director general of Fecanaco in Tamaulipas, Abraham Rodríguez Padrón.
“However we reject and condemn the fact that just a few hours after this legislation was approved, the undersecretary for Internal Revenue, Arturo Soto Alemán had expedited the licence requests of various applicants without taking into account the due diligence and operational criteria requested by the chambers of commerce in support of re-allowing [casinos],” he contended.
Rodríguez Padrón confirmed that the trade body has also been in contact with the federal government regarding the issue and has drafted a letter to the Secretary of Interior, Olga Sánchez Cordero, calling for a review into the casino