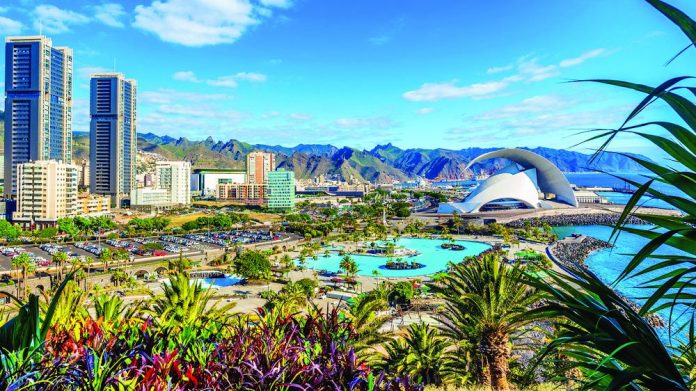 Opponents of the privatisation of Tenerife’s three publicly-owned casinos have welcomed the news that the island’s new Spanish Socialist Workers’ Party-led government has reportedly abandoned plans to sell the properties.

Plans to privatise Tenerife’s three publicly-owned casinos appear to have been abandoned following a change in the island’s government. The news was welcomed by both the left-wing Podemos party and the Spanish General Worker’s Union (UGT) who have opposed the decision to sell Casino Playa de las Americas, Casino Santa Cruz de Tenerife, and Casino Puerto de la Cruz since it was first announced.

“UGT Canarias regrets that the [previous] government led by Carlos Alonso has wasted time and public resources in pursuit of [this] privatisation agenda,” Agustín Melián, president of the works council of Casinos de Tenerife said in a statement.

María José Belda, head of Sí Podemos Canarias, also lauded the cancellation of the tender. “It’s a victory and great news for the more than 150 Casinos de Tenerife employees and their families who can retain their jobs in publicly-owned company that is and will continue to be extremely profitable,” she stated.

Early in September, Aarón Afonso, the island director of Coordination and assistant to the council president, revealed only a single company had made a bid for the casinos.

Back in November 2018, it had previously been reported that four companies – Global Casino Technology Corporation, Pama e Hijos, Olympic Entertainment Group, and Automáticos Canarias-Grupo Orenes – had applied to participate in the tender for the properties.

“The political decision needs to been taken as to whether the divestiture continues or not,” Afonso stated. A week prior to this, it was confirmed that the Provincial Prosecutor’s Office had filed a complaint with Tenerife’s Senior Court requesting an investigation of Gildo Hernández, the director of Casinos de Tenerife.

The prosecutor is reportedly looking as to whether there is sufficient basis to make a charge of malfeasance and misappropriation of public funds.

The complaint makes reference to irregularities found in audits of the three casinos from 2012 to 2014, along with certain outstanding questions relating to the awarding of contracts to suppliers and other contractors, and the acquisition of assets unrelated to the business.

This isn’t the first time that such an allegation has come up. Podemos councillor Julio Concepción previously filed a complaint with the Commission for Government Transparency in the Canary Islands protesting the Council of Tenerife’s refusal to release documents regarding the casinos’ administration in July 2018.

“The failure to deliver the requested files obstructs an independent audit …these documents are key in clarifying matters related to the ruinous management of Casinos Públicos de Tenerife,” he affirmed.

Concepcion also drew attention to what he characterised as serious anomalies in the venues’ accounts revealed in the 2012 to 2014 audits. Describing these anomalies as “impermissible in public companies”, he argued that they had negatively affected the financial management of the casinos and impacted on staffing.

In a similar vein, the UGT had alleged that many unrelated public works have been charged to Casinos de Tenerife, explaining the company’s losses in recent years.

“[The casinos] generate profits annually, and their privatisation is not justified under any circumstances,” the union argued.

Another key point of contention for both Podemos and the UGT was the asking price for the properties. “[The Council] previously put one of the casinos up for sale for EUR20m and now they’re selling three for EUR24m,” stated Melián.

The union commissioned its own financial report on the properties which valued them at EUR43.7m. The former president of the Council of Tenerife, Carlos Alonso Rodríguez, was the chief architect of the sale which marked the culmination of the regional government’s Plan for the Restructuring and Streamlining of the Public Enterprise Sector, first approved in March 2012.

However, a contentious change of government this July, which saw the Spanish Socialist Workers’ Party (PSOE) under Pedro Martín Domínguez take power in coalition with the centrist Citizens (Ciudadanos) party, put the sale plans under renewed scrutiny.

The news that the government was prepared to take a fresh look at the sale plans met with strong criticism from the regionalist Canarian Coalition (CC) at the start of September.

In a strongly-worded statement, the CC decried the decision as illogical and claimed it was simply intended to win the support of three councillors from Podemos. “We’ve previously warned that Council was going to be held hostage by the far left and its populist politics,” the parted asserted.

“It’s incongruous that the PSOE should decide to revisit the decision to sell the casinos, when they themselves formed part of it, given that they have participated in government for the past eight years. “[Taking this into account], it’s nonsensical that they should claim they are not in agreement with the decision, in light of the fact they already approved it.”

A previous proposal to privatise the island’s casinos was unveiled in May 2013, while Alonso was serving as Tourism Minister.

While the council moved forward with these plans in 2014, holding a licence tender for Casino Playa de Las Americas, the property failed to attract any bidders, and the sale similarly met with strong resistance from opposition politicians and union officials.