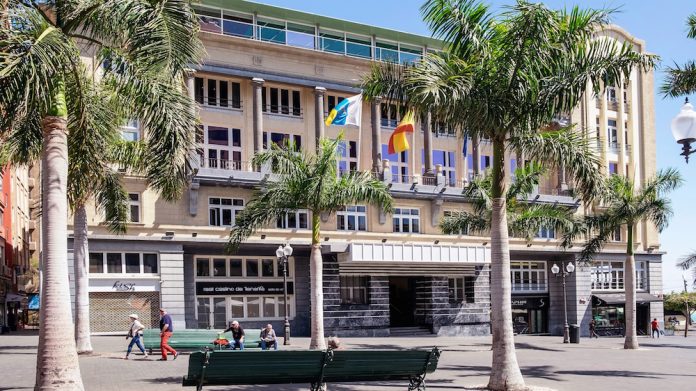 Tenerife’s publicly-owned casinos have been put up for sale for €24.9m, however the move has drawn criticism from local politicians and the Spanish General Worker’s Union.

Local authorities in Tenerife have launched a tender for the island’s three state-owned casinos despite opposition from Spain’s largest trade union and opposition politicians.

“We have very clear priorities, which are to concentrate all our efforts on actions and projects which can improve the lives of Tenerife’s residents and to withdraw from those which are not priorities or are not appropriate for a public administration, as is the case with the casinos,” said the president of the Island Council of Tenerife, Carlos Alonso Rodríguez.

The starting price for Casinos de Tenerife is €24.9m. Bidders must additionally present a tourist investment project worth at least €4.5m for either Adeje, Puerto de la Cruz, or Santa Cruz, the three towns where the casinos are located.

This project must be developed within a four year period and needs to be linked to the respective casino, although other tourist amenities may be included.

The tender specifications also require the new operator to retain all 121 members of staff currently employed by the three properties for a period of at least two years.

Following the publication of the tender on 24 September, companies interested in participating were given a window of 45 days to submit their initial applications. Once these have undergone a legal and financial review, expected to take a month, the companies will then have a further four month period to submit their complete bids.

The Spanish General Worker’s Union (UGT) has urged the local government to call off the tender, asserting that the privatisation of the casinos “is not justified under any circumstances”.

“It is not logical that the council has put Tenerife’s casinos on sale for a value of almost almost €25m, based on a price assessment that has not taken into consideration other variables which would significantly increase the value of the three casinos,”said a UGT spokesperson.

The trade union also stated that the two year employment guarantee was “totally unacceptable” and “without a doubt, the prelude to a conflict”.

Both the UGT and Julio Concepción, a councillor for the left-wing Podemos party, have alleged that a number of unrelated public works have been charged to Casinos de Tenerife, explaining the company’s losses in recent years.

In July, Concepción filed a complaint with the Commission for Government Transparency in the Canary Islands (Comisionado de Transparencia del Gobierno de Canarias) protesting the council’s refusal to release documents regarding the casinos’ administration.

“The failure to deliver the requested files obstructs an independent audit …these documents are key in clarifying matters related to the ruinous management of Casinos Públicos de Tenerife,” he affirmed.

Last year, Concepción claimed that previous independent audits carried out on the three properties between 2012 to 2014 had turned up a number of anomalies in the venues’ accounts.

Characterising theses anomalies as “impermissible in public companies”, Concepción contends that they have negatively affected the casinos’ profitability.

As an example of the alleged mismanagement, he revealed that in 2017, Casino Playa de Las Americas invested €342,000 in building a pumping station for Adeje, which he argues had nothing to do with the property’s corporate purpose.

The proposal to privatise the island’s casinos was first unveiled in May 2013, while Alonso Rodríguez was serving as Tourism Minister.

The following year – with Alonso Rodríguez now at the helm – the council moved forward with these plans in 2014, holding a licence tender for Casino Playa de Las Americas.

However, the property failed to attract any bidders, while the sale drew strong resistance from both opposition councillors and union officials.