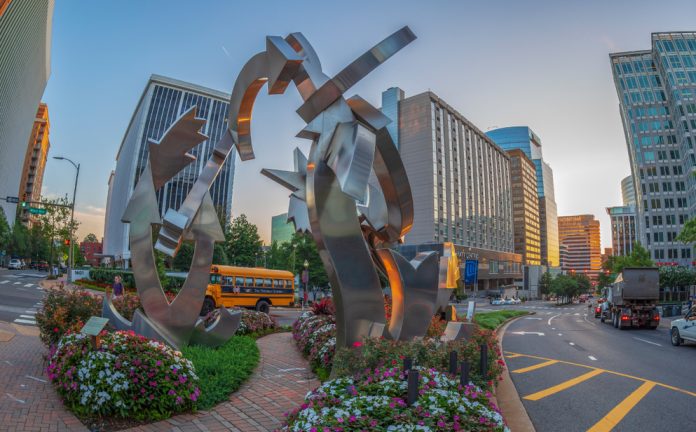 The first tentative steps have been taken towards the legalisation of casino gaming in Virginia, but there is still a great deal of work to be done to win over a state house that has long voiced vociferous opposition to the practice.

State legislature and large swathes of the public have long been staunchly opposed to the legalisation of gaming in Virginia but it appears this resolve is finally weakening following the preliminary approval for a casino project.

The tentatively-named Bristol Resorts and Casino is backed by leading Virginia businessmen Clyde Stacy and Jim McGlothlin, operating as The United Co, and is reportedly going to cost some $150m.

If permitted the venue is to be situated on the ground of a former mall in Bristol, a site which Stacy purchased in July last year for a paltry $2.6m. The ability to give back to the local area is a driving force of development according to the businessman.

“Jim and I have been blessed with successful business careers here in Southwest Virginia. We are putting that success behind this major project to bene- fit the entire region, building the Bristol Resort and Casino here at the Bristol Mall,” Stacy said. “What that means in real terms is that we are not asking for any government support for this project. Our plan is to build it all with private dollars. This is our chance to provide lasting, mean- ingful support to a community that has supported us for so many years.”

Whilst the state currently does not allow gam- ing within its borders there is a clear demand for it. Player stats from the MGM Grand Casino in neighbouring Maryland show that 40 percent its customers at the MGM Grand casino in Maryland come from Virginia.

The situation of a property in the township of Bristol would not only service the appetites of in-state gamers and help reduce a bleed of gaming spend into other jurisdictions but it could also be primed to draw in players from across its nearby state border.

Support appears to be growing for the Bristol county council recently passed a motion 4-0 supporting the plans, the first signal that there may well be a shift in social perception of the practice. Additionally The Virginia Governor, Ralph Northam, has supported the implementation of gaming reforms due in no small part to the enviable revenue shares that other surrounding states enjoy.

This backing of the project’s prospective home and of the state’s governor are especially timely considering there is an as-yet- unspoken gaming legalisation race between Virginia and neighbouring Kentucky, something Stacy alluded to when discussing plans.

“I know this will be before the Kentucky Legislature this coming year,” he said. “Tennessee, once they realize what we’re trying to do, may do a special session or something because this is big. It would be big for Tennessee or Kentucky. But, if we get in first, it’s not likely anyone would put a casino anywhere closer than Knoxville.”

McGlothlin and Stacy estimate that the Bristol Resorts and Casino would generate close to $26.8m in tax payments to the city each year through estimated revenues of $150m gaming and $106m non gaming revenue within the first full year of operation.