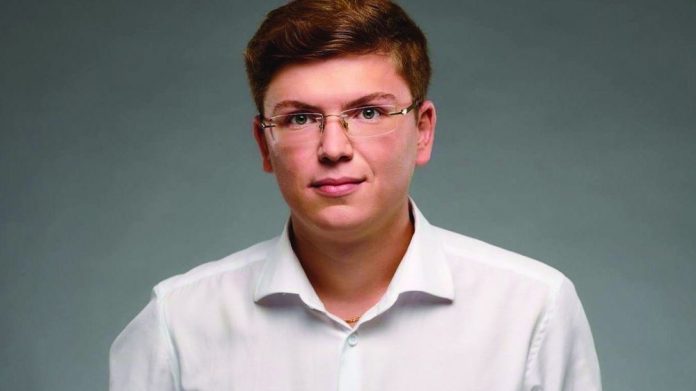 While the Parimatch brand, with its A-list ambassadors and bold marketing strategies, presents itself without convolution, behind the scenes there are complex systems and cycles that someone has to keep ticking over.

For Parimatch, that man is Lead Systems Analyst Bohdan Khrysanfov, who – following his company’s ethos – rejects stereotypes and carves his own path.

“There is a stereotype that a systems analyst is a nerd with glasses who doesn’t know how to talk, but this is not us,” he laughs. “I think that systems analysis should always have a point of interaction with all stages of the product life cycle, and this requires constant communication and sociability. I would characterize system analysts as follows: these are “failed” developers, not because they lack some knowledge, but because systems analysis provides primarily the ability to think abstractly and approach designing systematically, we fulfill the role of “invent and think”. Also, our views are broader, since a back office developer doesn’t know how the login on the site is arranged for the user, he only knows the back office login. He doesn’t go beyond the framework of his work, while system analysts know everything about the system and platform.”

As such, Khrysanfov always needs to see the big picture while retaining a depth of knowledge across the entire system. He must decompose tasks into components, knowing how each piece affects another in the larger architecture of the platform. While doing this, he must also implement cost reductions, which are vital for a fast growing company such as Parimatch.

“Systems analysis makes it possible to preliminarily divide a large task into ‘important’ and ‘unimportant’ stages of implementation, and minimize implementation costs,” he continued. “There often may be a situation when a feature that can bring a lot of money to a business, has such a development price that makes it not profitable to implement. If you properly ‘insert’ it into the architecture and abandon certain desires, a feature can quickly generate revenue, while not being realized in full.”

Khrysanfov added that systems analysis also simplifies the introduction of new employees, audits and certifications, and integrity and accessibility of the product information base. This is certainly the case with his role at Parimatch, however there is also another distinct feature.

With its fast growth, systems analysis for the operator has grown into an independent pre-production service.

“Initially, system analysts were part of the teams and this did not allow to conduct a comprehensive analysis beyond the scope of a trusted service or product,” Khrysanfov explained. “It was decided to create a cross-team of system analysts, who carry out an expert and analytical mission to control all components of the company and their integration.

For some time we worked in this mode, and this approach allowed us to work efficiently, but we all know that if a company grows, it is necessary to perform optimization and adaptation of processes, and analysis is no exception. We have now created a cross functional pre-production team, where we combined UX / UI, business and systems analysts.”

For Parimatch, this is a solution that allows the pre-production team to concentrate on the most complex tasks. Due to its cross-functionality, all teams are now responsible for the product as a whole, not for a particular component, and as a result, each team takes on maximum involvement and responsibility for the feature. Importantly, it’s also a faster way to work, and rather than hoarding old technologies and decadent systems, the Parimatch team can simply ditch them by the wayside.

“We managed to speed up the whole process of analysis and transfer of a task to delivery, which reduced the company’s costs of analysis, and also increased the quality” concluded Khrysanfov. “Parimatch Tech is a “building” product company that has chosen the direction of technology. Such a course always leads to continuous integration and changes in the consistency of architectural structures, where technology is connected with business flexibility – such an explosive mixture always leads to obsolescence of the accustomed requirements. Our goal is not to store, we dispose of it! If some task is no longer relevant, we try to understand the reasons and make a disposal decision.”

Like a smart bettor, Parimatch has learnt when to double-down, and when to fold on its technology. Despite significant growth over the past 12 months, this keeps the operator’s technological systems as lean, agile, and strong as the UFC champions that represent it – and just as ready for the next big fight.