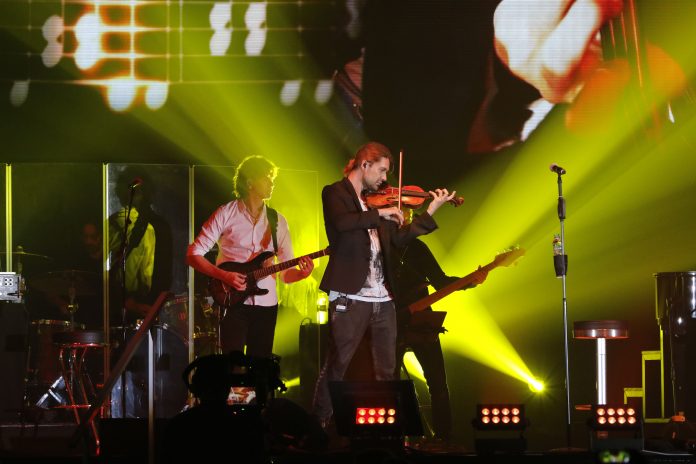 More than 2,500 guests attended the anniversary festivities on Friday and Saturday evening; during the day, several thousand people visited the huge tented village in the north field behind Gauselmann’s production facility in Lübbecke.

On the Friday evening, Paul Gauselmann was joined by long-standing associates in the 6,000sq m marquee.

Guests included representatives from the worlds of politics and business, the gaming machine industry, clients, employees, family and close friends.

Paul Gauselmann himself played the German version of Harry Belafonte’s song Island in the Sun on stage from ‘Symphonie 80’ – the jukebox that marked the beginning of his entrepreneurial career.

In a speech, the company founder recalled his unique, 60-year history with the company, which began with a crossed bill of exchange for DM100,000 and 17 jukeboxes.

Today, the company is a global player and a market leader in the gaming machine industry with more than 12,000 employees and a volume of business worth approximately E2.5bn in 2016.

“In 2017, for the first time, the company generated more sales abroad without losing sight of the domestic market. We are the market leader in Germany and will remain so,” Paul Gauselmann said.

He thanked everyone who had accompanied him on the journey and who had remained at his side to this day – “above all, my large family of whom I am very proud”.

This article originally appeared on www.coinslot.co.uk