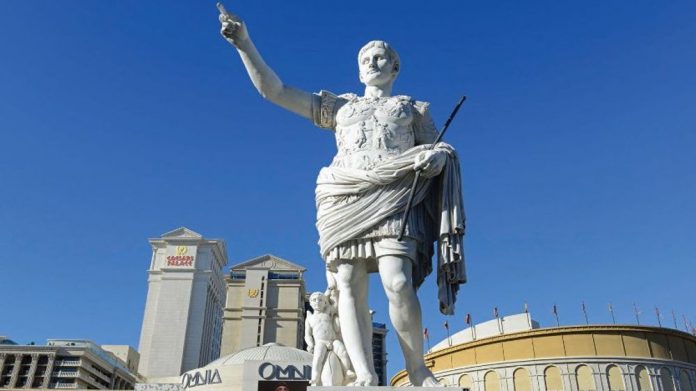 Following the completion of the Eldorado-Caesars Entertainment merger in July, the combined company’s new CEO said it had been “encouraged by operating trends” after reopening its regional properties and highlighted that it is “significantly EBITDA positive in Las Vegas”.

Eldorado Resorts completed its $17.3bn acquisition of Caesars Entertainment on 20 July. The newly merged business has a portfolio of more than 55 casino properties worldwide. “Our second quarter operating trends were negatively impacted as the majority of our properties remained closed during April and May 2020. Our properties began to reopen in late May and early June,” said the company’s CEO Tom Reeg. “All of the combined new Caesars Entertainment Inc. regional properties are now reopened and we are encouraged by operating trends.”

“Now that the merger has closed, our operating teams are fully engaged with integrating the two companies and executing on the synergy plans. Our number one priority remains the safety and security of our team members and guests. We remain optimistic regarding an eventual recovery of travel and tourism in the US and especially Las Vegas,” he added.

Reeg noted that Caesars is “significantly EBITDA positive in Las Vegas”, with just The Cromwell, Planet Hollywood and Rio still closed at the start of August.

“Every property that is open, every hotel that’s open is EBITDA positive. And we feel we’re going to build from there,” he affirmed. “In Las Vegas, we are running and have been running midweek occupancy around 50, and starting to climb again. We’re running weekend occupancy to our caps which are now in the high 70s.”

Speaking during the company’s earnings call, Caesars’ new CEO touched upon several talking points in the wider industry, addressing the question of a potential drop off in visitation once pent-up demand is exhausted, along with shifting demographics.

“The other point I think is off is the fear that this level of business is unsustainable. It is undoubtedly true that we have benefited from customers that have no other entertainment, or little in the way of other entertainment options coming to visit our properties over since reopening,” he stated.

However, Reeg suggested that any drop off in business as these other entertainment options become available once again will be off-set by the return of the lucrative over 55 demographic.

“Our softest segment is 55 plus, which coincides with our most, if not our most valuable, among our most valuable segments. And those are generally people that are fearful of leaving their house at this point,” he clarified. “So, logically, we’re seeing some softness there, despite that we’re putting up the numbers that we’re putting up. I think the 55 plus will come back …regional is very strong now and [is] going to get stronger.”

He also observed that while results in several of the company’s key markets are currently hampered by “structural limitations”, there is good reason to be optimistic looking forward.

“In Reno, for example, we’ve only got about half of our rooms open. Atlantic City, you can’t serve food in restaurants, you can’t serve alcohol. You’ve got 25 percent access to your casino floor,” he explained.

“But even with that, in the regional space, we are approaching prior year levels in EBITDA. We’re still not quite there, but we’re getting pretty close.”

The company also confirmed it still plans to sell one of its Las Vegas assets but has revised its time-frame due to the pandemic. “Pre-COVID we were talking about a deal within the first 12 months post-closing. It’s possible that now that’s first 12 to 18 months,” Reeg said. “But as soon as you get to the other side of the virus and more normalised business levels, you should expect we’ll be thinking about that as well.”