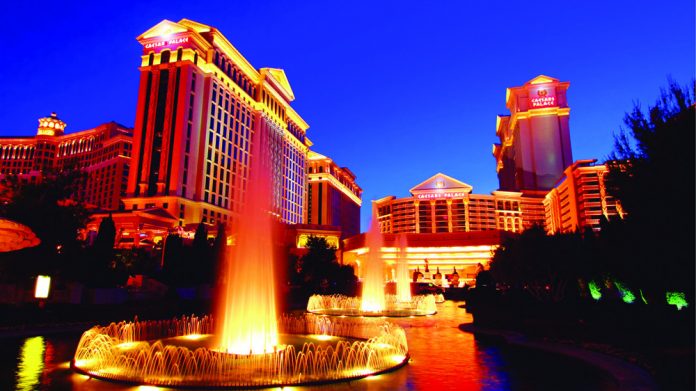 The Las Vegas-based company has appointed veteran gaming executive Tony Rodio as its new CEO, while its board has formed a committee to look at the possibility of a sale.

Futurebirds’ once sang, “we’ve turned our love into a rodeo”, and a Rodioshaped future certainly looks to be on the cards for Caesars Entertainment Corp as the company’s new CEO gets in the saddle.

The Las Vegas-based resort operator announced on 16 April that Rodio, a veteran gaming executive who most recently served as CEO of Affinity Gaming, will take the reins, ending a nearly six-month search for a successor. In parallel with this, it also confirmed that its board has formed a committee to study a sale.

Rodio replaces the outgoing Mark Frissora, who announced in November he would step down from the position of CEO after serving for four years. Rodio will also assume Frissora’s seat on the board.

“The new CEO will need to recreate the strategic direction of the company,” said Union Gaming analyst John DeCree.

During Frissora’s tenure, Caesars upgraded its properties on the Strip, launched construction of a new convention centre, acquired two casinos in Indiana for $1.7bn and expanded into non-gaming resorts overseas, including Dubai and Mexico. Once Rodio puts on his chaps, he may look to shed some properties to reduce debt.

Caesars executives told Macquarie Research in March that they would consider selling an asset to deleverage, the bank said in a note. Caesars net debt will stand at $7bn at the end of 2019 according to forecasts by Deutsche Bank.

“Reducing the company’s leverage should be a priority” while Caesars’ corporate expenses present “an opportunity for the new CEO to slash,” said David Katz, a gaming analyst at Jefferies.

It’s not Rodio’s first rodeo when it comes to Caesars, with the executive previously serving in a variety of roles at Harrah’s during his career.

Despite this, Barry Jonas, a gaming analyst at SunTrust Robinson Humphrey suggested that Rodio lacks the experience of running a large and geographically diverse company such as Caesars, which has more than 50 properties in the US and overseas.

Rodio’s appointment at Carl Icahn’s behest, helps solidify the activist investor’s control over the company. Icahn who owns an 18 percent stake in Caesars, already controls a quarter of its 12 board seats.

Rodio has close ties to Icahn, having run Tropicana Entertainment for seven years until it was sold for $1.85bn to Eldorado Resorts and Gaming and Leisure Properties in 2018.

“It makes sense that Carl Icahn would pick someone he is comfortable with,” DeCree added.

Meanwhile, Caesars board has formed a Transaction Committee composed of independent directors – including the Icahn-nominated members – to look at the possibility of a sale.

The committee will also consider “continuing to operate as an independent public company,” Caesars said in a statement.

The company received a reverse-merger proposal last year from Tilman Fertitta, owner of Golden Nugget Hotels and Casinos, while it is also said to have held informal talks with Eldorado Resorts.

However, analysts argue that a deal with either company would be difficult to complete given Caesars’ large size and debt burden.