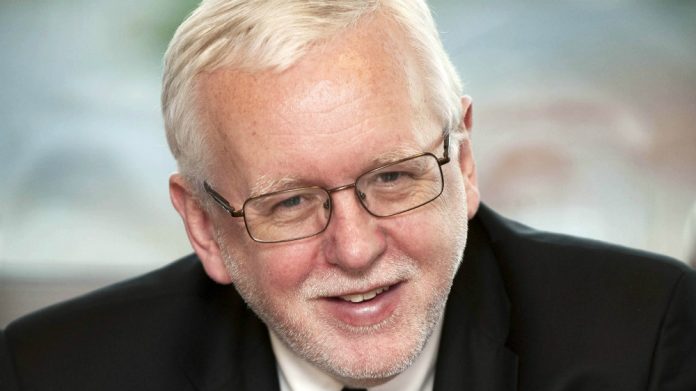 Gaming industry pioneer and former CEO of William Hill, Ralph Topping, believes mooted changes in the regulatory and tax environment will bring further industry consolidation and in the near – to mid-term see the UK gambling market dominated by three or four huge and predominantly digitally focused organisations.

[dropcap]T[/dropcap]opping, who is one of the key note speakers at February’s ICE VOX learning and networking programme, which takes place alongside ICE Totally Gaming, the world’s biggest gaming technology event, added the potential dominant forces he was referring to may not ‘necessarily be the usual suspects’.

Reflecting on an industry he joined in the 1970’s, Ralph Topping said: “Since its legalisation in the 1960s, betting has grown as a popular and strong recreational activity in the UK. Significant regulatory and tax changes since then, the advent of satellite TV and its extensive coverage of football, the arrival of the internet and many developments in technology have combined to deliver a huge increase in markets and betting opportunities and access to them for the customer.” He added: “Two or three companies dominated the first five decades of legalised betting and the landscape has totally changed in a relatively short period of time to the ultimate benefit of the modern recreational customer.”

Looking ahead to ICE VOX, he said: “I welcome the opportunity to spend a bit more time than I used to have as a CEO to engage with people who have a view on how the future is going to change thanks to new technology and have practical ideas on how to generate commercial success. I’ll also have more time to wander the exhibition, which is a big positive!”

ICE Totally Gaming is the only b2b gaming event in the world that brings together the online and offline gaming sectors. Featuring exhibitors drawn from the casino, betting, bingo, lottery, mobile, online and street gaming sectors, ICE provides the most comprehensive shop window on world gaming and in 2016 attracted a record 28,487 visitors drawn from 150 nations.