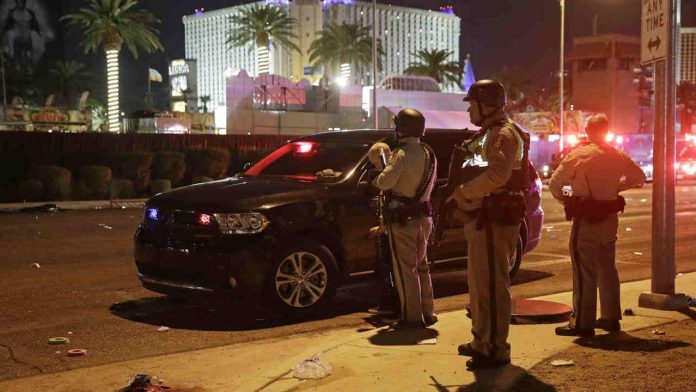 A gunman opened fire on a crowd of people outside a hotel on the Las Vegas strip as the global gaming industry gathers for G2E.

In what has been one of the deadliest mass shootings in US history, at least 59 people were killed and more than 500 injured before Paddock turned the gun on himself.

An online video showed that the attack took place at an open-air music festival outside the Mandalay Bay Resort and Casino. Another video made clear that Paddock took aim from the 32nd floor of the hotel.

“Our thoughts and prayers are with those that were affected, and with the people of Las Vegas and Nevada.”

Despite the heightened security climate, Freeman assured attendees and sponsors that the G2E would open today as scheduled.

However, McCarran International Airport, just east of the Mandalay hotel, said that some flights destined for the airport were diverted, potentially causing delays for attendees.

The hotel was placed under virtual lockdown after the shooting, guests said.

“We went into the hotel and they started shutting down the casinos,” Todd Price, a guest of Mandalay Bay, told CNN.

“We tried to get into our rooms, and they shut down the elevators and started to get everybody out.”