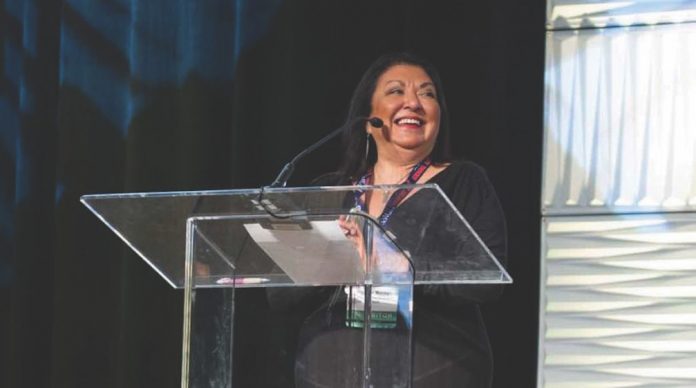 The sold-out OIGA Trade Show and Conference brought members of the American tribal gaming industry to Oklahoma at a time when the regional market is reaping the rewards of a regulatory climate primed for business success.

Whilst it may not be the first name that springs to mind when discussing US gaming, Oklahoma has built upon firm regulatory foundations to establish itself as the second largest state in terms of tribal gaming revenues. It was paid its due attention however as all eyes fell to the Oklahoma Indian Gaming Association (OIGA) Trade Show and Conference at the end of July, bringing into sharp focus the good health of the region’s tribal operations.

Since its inception the event has grown year on year to become one of the key features of the industry calendar a microcosm of the market itself. Sheila Morago, OIGA executive director commented that both have proven to be not only resilient in the face of outside turbulence, but has in fact continued to thrive in all conditions.

“The market here is very strong. We currently have around 136 operations here in the state, ranging anywhere from some of the largest casinos in the world, like the Winstar, down to small fuel stops with a few machines in them,” she said.

“We are extremely lucky here in so much that since gaming’s inception in the state we have never recorded a dip and we continue to see an increase in market revenues year over year.”

There are a multiplicity of factors behind this continued growth, with one such being the flexibility of operators and regulators, Morago commented that the state recently allowed for the offering of two new casino games, craps and roulette, and many venues were able to take the first bets on these within hours of legislation passing.

“We had been waiting for it for a while. It obviously went through an extensive federal process as all new games being added to current approved compacts, but it hit the federal register on the Friday morning and six of our facilities had it up and running by Friday evening. We are always looking to constantly innovate,” said Morago.

“This is pushing the market forward, this constant innovation that the tribes have shown. From the beginnings of just offering Class II gaming, to the addition of more and more games up to the ball and dice addition only recently the market is constantly looking for new avenues, new games, and options for growth.”

As is a familiar story throughout the US, many operators in Oklahoma have been doubling down on their amenities in order to establish properties as multifaceted leisure destinations, something that given the geographic positioning of the state has been paying dividends.

“One of the biggest strengths of the market is our ability, asset in our compacts, to grow as per the market demand without limits. This allows those working in the state to make business decisions based solely on demand and that has proven to be of great benefit. Each of the tribes can then assess the needs of a region individually be it more suited for a smaller property or a full scale resort. Having no limits on the compacts in terms of growth allows us as a market make business decisions very fluidly and react to the needs and wants of the consumer,” she said.

Whilst Oklahoma itself cannot draw from the same calibre of population centres as California, the leading tribal market, it is surrounded by states that do not currently offer gaming and as such border properties have become big business.

“We are surrounded by states that do not have gaming and as a result some ,if not most of our larger facilities are located on borders, so we do get a large deal of out of state visitors and that not only benefits us as an industry, but the whole state of Oklahoma with the money it can bring in.”

The growth of the OIGA show and conference stands as testament to this prosperity. Counting year-on-year growth organisers now find exhibitors and attendees travelling from all corners of the US market to the event reaffirming the ever-growing importance of the region and the positive work taking place within it.

With the regulatory framework of surrounding states unlikely to change any time soon and the state’s compact arrangements providing a level of flexibility conducive to future success it would seem that just as the OIGA Trade Show is looking to move to a larger premises after outgrowing its current venue the Oklahoma tribal gaming market is only going to increase in stature and profitability.