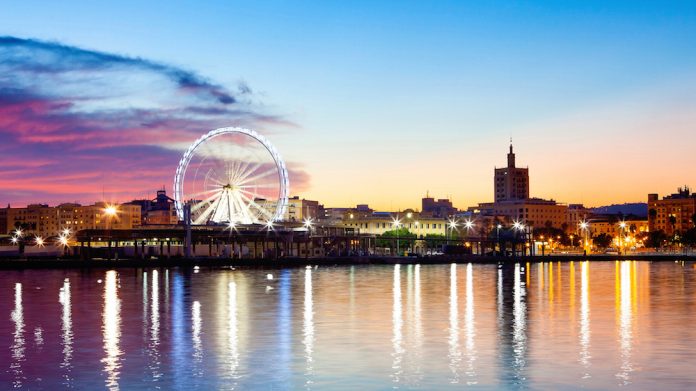 A representative for Triple Five said that the previous site for the groups Spanish IR project in Castilblanco in Badajoz province “wasn’t the right location”, prompting the company to look to neighbouring Andalusia.

While Canada-based Triple Five Group had previously proposed an integrated resort development in Extremadura, it now appears that the company is considering situating the project in neighbouring Andalusia instead. The company initially intended to develop the project in the town of Castilblanco in Badajoz province.

“We are searching for locations in Spain,” said Paul Watson, Head of Triple Five in Europe, speaking to Spanish newspaper Cinco Días. “We are looking at investment opportunities in Europe and Spain.”

He cited the firm’s American Dream Miami, a proposed megamall and entertainment complex in Florida – which if developed will be the largest shopping centre in the US – as an example of the scale of investment the company is considering.

“The cost [of American Dream Miami] is approximately $4bn. I hope our level of investment in this sector in Spain can be similar,” he added.

The news of the planned development in Extremadura coincided with the announcement of the Extremaduran Law for Large Leisure Complexes (Ley Extremeña de Grandes Instalaciones de Ocio or Legio) in March.

A dossier leaked to the local press in May, stated that Triple Five’s proposed development, dubbed EuroDreamResort, would include both a theme park and a water park, a formula one circuit, and an unspecified number of casinos, along with a shopping centre and exhibition space, an airport and a train station.

However, industry commentators highlighted that given the relative isolation of Extremadura, which is situated to the west of Spain on the Portuguese border, sufficiently developed transport infrastructure and particularly access to an international airport would have been key to the overall success of such a project.

“Extremadura’s location is quite remote from the main cities of Spain and it has no international airport,” explained Warwick Bartlett, CEO and founder of Global Betting and Gaming Consultancy (GBGC).

For this reason, the group has now set its sights on the Costa del Sol and Cádiz to build its new IR project, according to unnamed sources.

“The business needs to be profitable, something which would not have been possible in Castilblanco. It wasn’t the right location,” Watson explained. He added that the company had informed the Government of Extremadura of the decision to withdraw its proposal.

The Costa del Sol boasts a well-established transport infrastruce – Málaga Airport is the fourth busiest in Spain – while the region already benefits from more than 12 million tourists a year.

Meanwhile, although Cádiz is less developed as an international destination than the Costa del Sol, it too offers good transport connections, via the international airports in Jerez and Gibraltar.

At present, it is unclear if Triple Five is still proposing a project of the same scale as that which was presented for EuroDreamResort in Extremadura. The development in Andalusia would reportedly include a casino resort, along with both a theme park and a water park, a shopping centre, and a golf course.

Andalusia currently hosts five casinos, while Novomatic was recently awarded a sixth casino licence in Granada province at the beginning of July, beating out competing bids from Cirsa and Grupo Orenes.