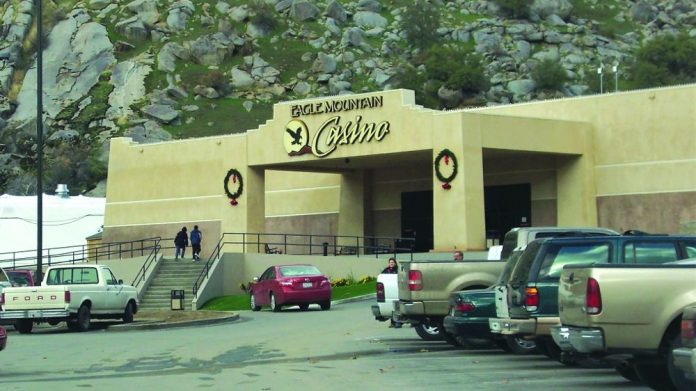 The MOU with Tulare County brings the Tule River Indian Tribe of California a step closer to relocating Eagle Mountain Casino to a new 40-acre site near the Porterville Municipal Airport.

The authorities in Tulare County have reached an agreement with the Tule River Indian Tribe of California on mitigating environmental impacts related to the proposed relocation of the Eagle Mountain Casino.

The tribe plans to move its casino to a 40-acre site near the Porterville Municipal Airport.

The Tulare County Board of Supervisors approved a Memorandum of Understanding and Intergovernmental Agreement (MOU) with the tribe in January. The MOU also covers funding for county programmes and services including road improvements.

“The Tribe has remained committed to ensuring the relocation project is a project that not only contributes to the success of the Tribe, but also to the surrounding community,” said Neil Peyron, Tule River Tribal Council chairman.” The County MOU is a strong reflection of that commitment.”

The proposed casino resort will include a 250-room hotel, a 105,000 sq ft casino, 29,000 sq ft of convention space, a sports bar, restaurant, buffet and food court, and a 1,700- seat entertainment centre. The cost of the development was previously reported to be $180m.

“The County and the Tribe have benefited from a productive relationship for many years and we are pleased to have reached a mutual agreement in mitigating the impacts associated with relocating Eagle Mountain Casino,” stated Tulare County Board chairman Pete Vander Poel. “We appreciate and are supportive of the Tribe’s efforts to improve our local economy while also improving County infrastructure benefiting all Tulare County residents.”

The casino anticipates that it will double the number of staff at the new location from around 500 to 1,000. “The Tribe is looking forward to the relocation of the Eagle Mountain Casino and intends to continue its long-standing history of investing in the local community,” Peyron added. “Securing the support of the County through this MOU will hopefully help fast track the approval of our project.”

The Bureau of Indian Affairs previously signed-off on the move last October. Tara Sweeney, the assistant secretary of Indian Affairs signed a Record of Decision (ROD) and issued a Secretarial Determination of gaming eligibility for the Porterville site. The tribe has owned the land in fee for more than 25 years.

The next step will be to get governor Gavin Newsom to approve the BIA’s determination. The agency has already sent a letter to Newsom asking him to sign-off on the move, and the governor has eight months left to make his decision.

If the governor grants his approval, construction would start in autumn 2020 at the latest, stated Matt Ross, spokesman for the casino relocation project.