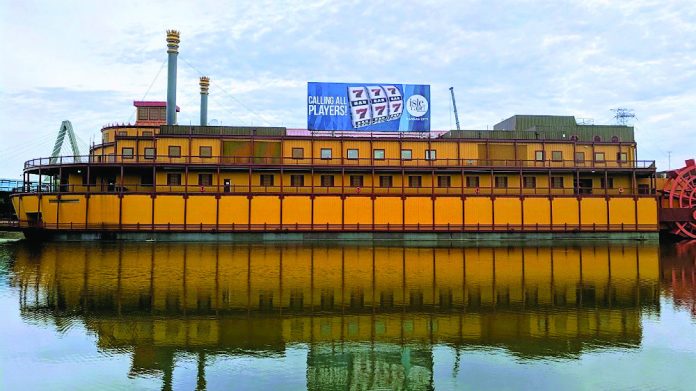 Eldorado Resorts has agreed to sell two properties in Kansas City, Missouri, and Vicksburg, Mississippi to Twin River Worldwide Holdings for $230m, while analysts suggest that further sales could be in the pipeline in order to head-off FTC concerns surrounding the firm’s merger with Caesars Entertainment.

Reno-based Eldorado Resorts confirmed at the start of July that it has agreed to sell two properties in Kansas City, Missouri, and in Vicksburg, Mississippi to Rhode Island-based Twin River Worldwide Holdings for $230m in cash.

“The sale is relatively small compared to the [$17.3bn] acquisition of Caesars, but it does help free up some balance sheet capacity to help finance the larger acquisition,” said Union Gaming analyst John DeCree.

The sales of Isle of Capri Casino Kansas City and Lady Luck Casino Vicksburg are expected to be finalised early next year. Twin River has stated that it plans to “substantially reposition” the Kansas City riverboat casino and has already released concept renderings for a proposed redevelopment.

“We believe these assets are a great fit for our portfolio,” said Twin River’s president and CEO George Papanier in a statement. “This transaction continues our focus on creating long-term shareholder value as we strive to develop or acquire assets which we believe will prove accretive to our earnings. “Isle Kansas City and Lady Luck Vicksburg expand our geographic footprint with assets in attractive markets.

“We believe these assets are a great fit for our portfolio and see the opportunity to increase the net cash flow from these properties by our redevelopment and operating plans,” he continued.

“In particular, in Kansas City, where the property lies within an area near downtown that has been targeted by local officials for development, we feel there is opportunity for capital investment in the property which we believe will have a transformative impact and integrate well with local development efforts in the area.”

The sale also plays into Eldorado’s strategy to divest itself of some of its smaller assets. “The intention here is to accomplish two things,” stated Jefferies analyst David Katz. “One, to focus on areas that would overlap with Caesars, and two, to pursue transactions that would reduce the profile and leverage as much as they can prior to the deal closing.”

The multi billion-dollar deal between Caesars and Eldorado will create the largest gaming company in the US in terms of assets, with 60 resorts in 16 states. Given this, the Federal Trade Commission may require the company to divest some of its properties.

The sale of the Mississippi and Missouri properties likely eases FTC concerns in the Kansas City area, according to a Deutsche Bank report by analyst Carlo Santarelli. Nevertheless, Stifel analyst Brad Boyer suggested that it’s likely Eldorado may also look to sell properties in other markets.

In line with this, Katz posited that Eldorado and Caesars may also consider selling a property in Nevada.

“I don’t know which one, but it would be a lot of Las Vegas concentration …lot of concentration in Reno, the Tahoe area,” he added.

Even prior to the announcement of the Caesars merger, Eldorado confirmed it was selling three of its regional casinos in Missouri and West Virginia to VICI Properties and Century Casinos on 17 June. The $385m deal is expected to close in early 2020.

VICI will acquire the land and buildings for Mountaineer Casino Racetrack and Resort in West Virginia and two Missouri riverboat operations, the Isle Casino Cape Girardeau and the Lady Luck Casino Caruthersville for $278m.

Colorado-based Century Casino will contribute $107m towards the acquisition and will sign a 15- year lease agreement with VICI with an annual rent of $25m per year.

Santarelli said in a research note the deal could alleviate a potential anti-trust issue facing Eldorado in Missouri related to the company’s acquisition of Caesars Entertainment.

Santarelli said Missouri was “deemed a potential competitive issue” in any deal with Caesars.

“We believe the deal is prudent from a balance sheet perspective, as it is deleveraging, while also eliminating a potential pressured sale,” he explained.