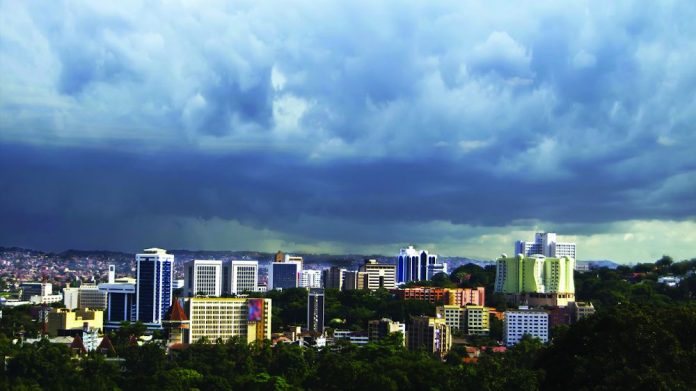 Despite ongoing regulatory uncertainty regarding licensing, the National Gaming Board Uganda has moved to introduce a new system to monitor gambling transactions nationwide, as part of efforts to combat money laundering.

Regulatory uncertainty continues to impact the gambling industry in Uganda. President Yoweri Museveni issued a directive in back in January prohibiting any further permits for sports betting and gambling activities.

In late May it was reported that the country’s finance minister Matia Kasaija had written a letter to the National Gaming Board Uganda (NGBU), instructing the regulator to issue no further gambling licences while allowing the existing licences to expire.

Kasaija later moved to clarify that the new policy was specifically targeted at foreign sports betting operators in order to stem the flow of capital outside the country.

Nevertheless, it appears the crackdown has in part been sparked by money laundering concerns. Uganda’s Financial Intelligence Authority (FIA) has recently highlighted that revenue from criminal activities is being laundered through the country’s gambling sector and realestate businesses before being invested back into the Ugandan economy.

Samuel Wandera, director of International Relations and Strategic Analysis at the FIA, said that on average, countries are losing between two to five percent of their GDP due to money laundering activities globally.

“Using the same GDP estimates, if we apply it to the Ugandan size of the economy, five percent of this or UGX5tn ($1.4bn) would be lost to money laundering annually within the country,” he stated. “These funds would be used to eradicate poverty and improve education and health sectors within the country.”

The FIA has recently commissioned a new study analysing the exact amount of revenue lost through money laundering, which will look at both the casino and sports betting sectors, Wandera confirmed.

According to a 2018 FIA report, Uganda now has 12 licensed casinos, which are all partly foreign-owned by Chinese, Israeli and Russian companies, while the NGBU confirms that two more properties have opened this year.

Alongside this, this country has an unspecified number of unlicensed gaming venues. “We are working with NGBU to find a monitoring system where we can register all our clients, know their addresses, names and be able to detect launderers with suspicious funds,” said an unnamed source at the Golden Tripod Casino and Grand Imperial hotel in the capital, Kampala, cited in The Observer.

The CEO of the NGBU, Edgar Agaba, said the agency has been working closely with the FIA to detect money laundering but until now a lack of technology has hindered their efforts.

However this could be set to change. This August, the government introduced a UGX10bn ($2.7m) Automated Central Monitoring System (ACMS), to monitor gambling transactions nationwide.

The system will oversee the country’s 14 landbased casinos, five online casinos, and 40 sports betting operators. “[The system will] monitor all casinos within the country and detect criminals laundering cash, how much and often do they gamble and win,” Agaba explained.

It’s estimated that the ACMS will help increase tax revenues generated by the gambling sector from UGX45bn to UGX60bn ($16.3m) a year, he added. NGBU chair, Manzi Tumubweine, said the agency is currently waiting for further policy guidance from the Ministry of Finance, but plans to introduce additional AML protocols in the future.

Rita Muzira, the acting communications manager for the Uganda Revenue Authority, reported that from July 2018 to March 2019, the agency collected UGX20bn ($5.4m) from land-based casinos.

Despite this, she suggested that the government needs to allocate a greater proportion of the budget the relevant agencies to allow them to improve AML measures. “We need technology, right tools and the capacity development,” she contended.