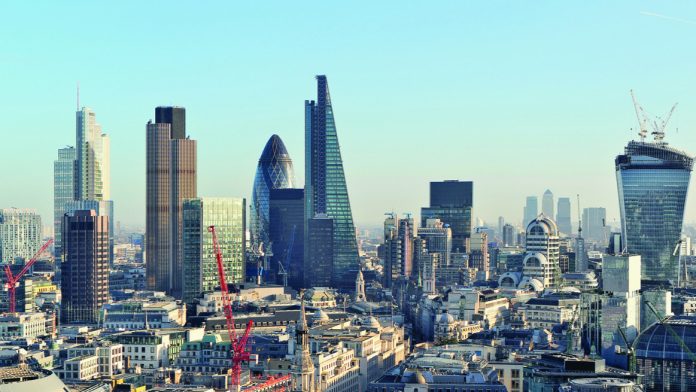 The National Casino Forum expressed its disappointment in the findings of the British government’s latest review of UK gambling regulation. For the moment, the cap on machine numbers will remain in place, while contactless payments are still not on the cards, a decision many operators are likely to feel is out of touch with the global industry.

At the end of October the UK government released the findings from its latest consultation on gambling regulation, but the outcome was disappointing for the country’s casino operators.

Originally slated for the beginning of 2017, the Department of Culture, Media, and Sport’s (DCMS) much-delayed Triennial Review of Stakes and Prizes – which also covers gambling advertising and social responsibility measures – was pushed back to October amid the political upheaval surrounding the snap general election in June.

The DCMS’ Consultation on proposals for changes to Gaming Machines and Social Responsibility Measures saw scant progress on a number of key issues facing British operators, including the cap on machine numbers; contactless payments; increasing the prize value of Progressive Linked Jackpots; and allowing casinos to offer customers access to online products via dedicated tablets.

Industry stakeholders will now have a three-month window in which to present further evidence in support of their requests.

“We are disappointed and frustrated by the DCMS gambling review,” said the National Casino Forum(NCF), which represents all the UK’s land-based casinos, in a statement.

“It welcomes the progress made by the casino sector in protecting its customers while at the same time stifling modernisation and innovation.

“This was an opportunity to modernise the casino industry, giving our customers greater choice and recognising that machine gambling is best suited to safe, well-regulated and well-staffed venues – sadly, it has not been taken.”

A major point of contention for operators has been the number of gaming machines allowed in UK properties, which remains capped at 20 machines for the vast majority of casinos, with the exception of the eight large category licenses.

“It’s very frustrating, when a certain category of machines, such as casino B1 slots, have been operating for many years with very limited negative comment, it is difficult for me to understand why we would not be able to offer enough to satisfy demand across the industry, which in most casinos is for considerably more than the 20 mandated by the law,” stated Paul Sculpher – MD of Strategy and Operations at GGV Developments and UK Operations Director at Century Casinos Europe.

“Casinos are at the apex of the regulatory pyramid. We have numerous player protection measures in place. The legislative system should go further to recognise this and allow our industry to modernise and adapt like our international competitors.”

In its response to the DCMS’ Call for Evidence, the NCF had proposed allowing both small casinos licensed under the 2005 Gambling Act and those licensed under the 1968 Gaming Act a 3:1 machine to table ratio capped at 80 machines.

“The DCMS acknowledged that machine allowances in casinos originally licensed under the 1968 Gaming Act are significantly smaller than in other European countries and overseas territories, but does nothing to address this fact,” the NCF stated.

“It is simultaneously denying British customers the choice they can routinely find abroad and making the UK’s casinos less attractive to tourists visiting this country.

“Foreign visitors laugh at the 20-machine limit in British casinos.

“It has been 10 years since the 2005 Act was implemented so we have 10 years of evidence showing that in casinos where more machines have been introduced there has been no increase in instances of gambling-related harm.”

The findings presented in the DCMS’ consultation also came as a blow to the campaign for contactless payments on gaming machines, an issue which impacts not just the casino sector, butalsothewiderUKgamingindustry.

The report acknowledged that “respondents from across all sectors, with the exception of bookmakers, submitted proposals for the introduction of contactless payments” reflecting wider spending trends and the increase in such payments on the high street.

Despite this, it stated that, in the government’s review, “the use of credit or debit cards as a direct form of payment to gaming machines would be a backward step in the protection of vulnerable players” arguing that using cash instead of cards allows “players more control over their play”.

These conclusions are likely to be given short shrift in the industry, with stakeholders long contending that contactless payments would offer controls which are impossible to achieve with cash.

“Clearly the ability to accept contactless payment would make player tracking easier in many cases, so it is a shame that this widely used payment method cannot be offered at this time,” Sculpher continued.

In the same vein, limits on transaction values and a requirement that players only be allowed to use a debit card could have been implemented to address social responsibility concerns.

The NCF’s proposal suggested allowing a maximum of £100 to be staked on B1 machines via contactless cards, provided the player used a loyalty card.

“However, I do believe that subject to appropriate social responsibility protections being in place, common sense will prevail and the gambling industry will be permitted to catch up with the rest of society in due course, much the same as happened with debit card acceptance some years ago.” he concluded.