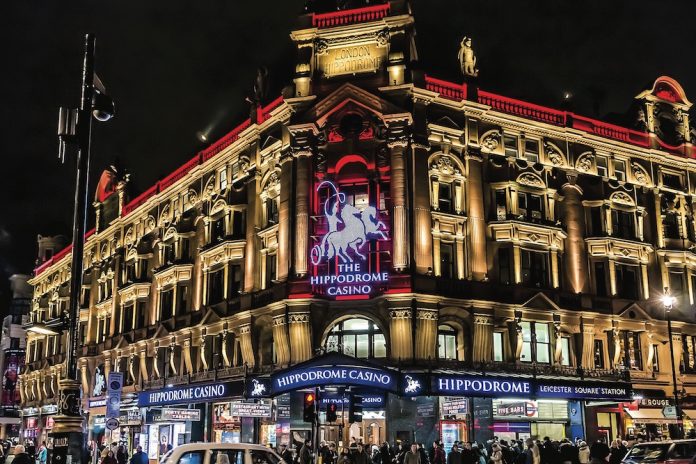 How will the UK gambling industry fare in the wake of leaving the EU, the upheaval of a snap general election and the long delayed triennial review?

However, many have concerns how Britain’s gambling industry will fare in the wake of the economic upheaval caused by both Brexit and the upcoming general election.

“The devaluation of the pound has materially increased overseas business, and the UK market remains strong,” commented Simon Thomas, CEO of the Hippodrome Casino in London.

In the wake of the UK’s vote to leave the EU last summer, dollar and euro takings at the venue’s roulette wheels and blackjack tables have seen a 20 percent rise.

Enticed by the weakened pound, tourists are flocking to London, running in parallel to an increase in “staycations” amongst the British population – amid concerns that the sterling will not go as far abroad – has further increased gambling revenues.

Two thirds of the industry’s money is taken in the bustling capital, the bulk of which is drawn from foreign visitors.

“At the moment Britain has very good value given the exchange rate, and we need to take advantage of that as best we can by offering domestic and international visitors a modern vibrant casino sector,” commented Tracy Damestani, CEO at National Casino Forum (NCF). “Visitor numbers are holding up, but of course harsher restrictions on overseas visitors being able to easily and inexpensively travel to the UK will have an impact on all types of tourism and leisure opportunities.”

In terms of tourist demographics London has seen a record number of Chinese visitors, with flights from China to the UK seeing an unprecedented 81 percent increase.

Chinese tourism has been aided by a simpler visa process spearheaded by the UK government, as well as the decreased pound proving tempting to foreign sightseers.

Several London casinos, including the Hippodrome and the Empire, have introduced Chinese staples such as Baccarat and Pai Gow in recent years to better serve their growing clientele.

“In London we have a variety of casinos that cater for different tastes and different wallets, from the world renowned ‘high end’ casinos in and around Mayfair to the larger, less exclusive venues,” continues Damestani. “But in all of them we are fortunate to attract people from right across the world and increased visitors from China is amongst that mix.”

In this context, what will be the impact of the upcoming general election? This April, the current British prime minister, Theresa May, caused a full-fledged media uproar with a snap general election on 8 June, claiming the move will secure a better Brexit negotiation hand for Britain.

“The primary areas of concern for the gambling industry are gambling regulation and staff,” commented Simon Thomas, regarding the upcoming poll, “if the result is the predicted strong turnout for the Conservatives, then it will give a more stable platform for Theresa May to secure a sensible Brexit agreement, which should resolve the concerns regarding foreign workers.”

The UK government had previously stated that it would announce the findings of its Triennial Review of Stakes and Prizes in May However it seems certain that the highly anticipated review has been delayed further by the election, leaving the industry in limbo in the interim.

A key issue for this review has been the controversial B2 gaming machines – Fixed Odd Betting Terminals (FOBTs) – with key government figures suggesting that there will be will be a reduction for the maximum stakes on FOBTs, a move which could hit the UK’s bookmakers.

“If the polls are to be believed we will probably have a Conservative Government on 9 June.” said Tracy Damestani. “We are then expecting the new government to announce its response to the call for evidence on machines, which will have a significant impact on casinos across the country and especially London.

“UK casinos have been calling for changes in regulations to allow greater numbers of more modern gaming machines in British casinos, something we know our customers expect to have and which is the norm in most other jurisdictions around the world.”

The current 20 slot limit on British casinos – considerably lower than its European counterparts – is also being assessed as part of the review.

“The current limit of 20 machines is a historical anachronism and stops casinos being able to fulfil their potential of offering gambling in the appropriate venue with the correct levels of supervision, while also earning much needed tourism income for the country,” stated Simon Thomas. “The sooner it is corrected the better.

“The election will just be a delay to the process, things will obviously run smoother if the existing team remains in place,” he added.