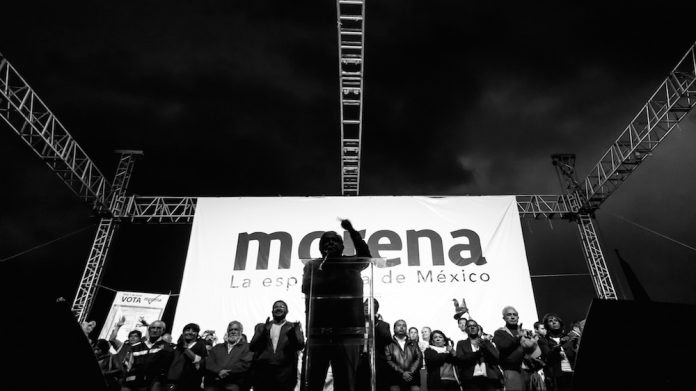 Hopes for a modernised gaming framework in Mexico could be dashed by the rise of populist presidential candidate, Andres Manuel Lopez Obrador.

But as Mexico’s presidential race heats up ahead of the elections on 1 July, the ascendance of a populist presidential candidate has put a dampener on positive forecasts for the Mexican gaming market.

Gaming legislation in Mexico dates back to the Betting and Raffles Law of 1947, which banned casinos and gaming throughout the country, although a later amendment opened up the market for sports betting, bingo halls, and slot parlours.

“Latin America is not what it used to be in the nineties and early 2000s, doing good business there is quite difficult right now,” explained Francisco Vidal, COO and director of Operations at Sortis and Golden Lion Casinos.

“For me, Mexico is the country which has the most opportunities right now, or within the next three to four years.”

Vidal proposes that, in a best case scenario, the presidential elections could potentially open the door for the introduction of new legislation “in 2019 or 2020”.

“Mexico has got 320 casinos and it has the space for at least another 300, apart from that they have the opportunity to fully implement table games, which at the moment are not really allowed,” Vidal continued.

“So Mexico offers [investors] both the opportunity to develop casinos from scratch or to acquire small or middle-sized operators.”

On a similar note, Cristina Romero de Alba, a partner at Loyra Abogados, suggests that as things stand, in terms of the business opportunities for gambling operators, Mexico is “something of a dark horse”.

“While everybody thinks that the regulation is really old and very limiting, the truth is that the regulatory situation remains very flexible for that same reason,” she stated. “There’s still an opportunity there, it’s a booming market and there is a lot of gambling in Mexico.”

However, leftist candidate Andres Manuel Lopez Obrador (known by his initials, AMLO) has been leading the polls since October, but while his anti-establishment message is proving popular with voters, investors are concerned.

López Obrador’s key themes of social inequality, corruption, and attacks on the political establishment, which he characterises as the “mafia del poder”, have led to inevitable comparisons with Venezuela’s Hugo Chávez, a point that will undoubtedly raise eyebrows in the business community.

This fact, coupled with López Obrador’s known opposition to casinos, paints a less that promising panorama for the prospects for the gaming industry if he wins the presidency.

“It’s [just] a matter of boosting tourism, there is no need to allow casinos,” he stated back in 2005, responding to the proposal that expanding the casino industry would contribute to economic development and create jobs. He added that the decision not to legislate for casinos “instead of hurting us, benefits us”.

In light of this, Miguel Ángel Ochoa Sánchez, president of casino trade body, Aieja, concedes that Lopez Obrador’s anti-gambling stance “could be an issue”.

“If PAN wins, as things stand, the market will open up very quickly, if the PRI wins then things will likely carry on as they are now and the industry will remain very closed,” he explained.

“With Andrés Manuel López Obrador, the left wing candidate, as he’s a populist, it could be that he supports the gaming industry or it could be that he does what Lula did in Brazil and takes steps towards cracking down on it. So with him it’s really up in the air.”