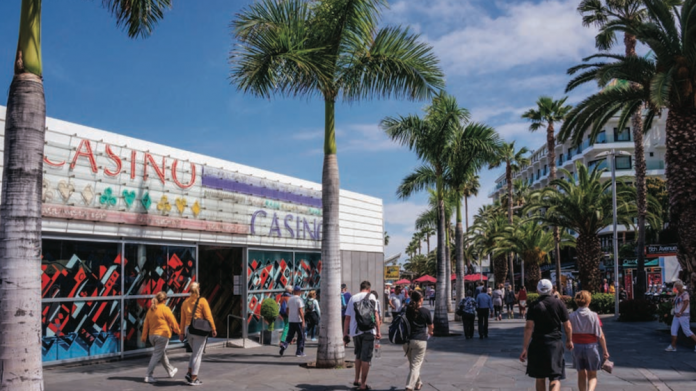 The local authorities in Tenerife are pushing forward with plans to privatise the island’s three state-owned casinos. The tender for the publicly- owned Casinos de Tenerife is due to launch in September, and will be open for six months.

As part of the tender requirements, bidders will need to invest in other tourism-related projects and guarantee job security for state employees for a period of two years.

However employees at Casino Playa de las Americas, Casino Santa Cruz de Tenerife, and Casino de Taoro have come out in opposition to the Council of Tenerife’s tender plans.

The Spanish General Worker’s Union (UGT) has reported that following a unanimous decision workers from the three casinos agreed to take action against the move.

The UGT contends that the privatisation of the casinos is at the behest of interests which “have nothing to do with either the public interest or that of the workers” and has alleged that many unrelated public works have been charged to Casinos de Tenerife, explaining the company’s losses in recent years.

“[The casinos] generate profits annually, and their privatisation is not justified under any circumstances,” the UGT said in a statement.

The union is now planning to hold a series of protests in front of the council offices, starting at the next plenary session.

In July, Julio Concepción, a councillor for the left-wing Podemos party, filed a complaint with the Commission for Government Transparency in the Canary Islands (Comisionado de Transparencia del Gobierno de Canarias) protesting the council’s refusal to release documents regarding the casinos’ administration.

“The failure to deliver the requested files obstructs an independent audit …these documents are key in clarifying matters related to the ruinous management of Casinos Públicos de Tenerife,” he affirmed.

Last year, Concepcion revealed that independent audits carried out on the three properties between 2012 to 2014 found a number of serious anomalies in the venues’ accounts.

Characterising theses anomaliesas “impermissible in public companies”, Concepcion argued that they had negatively affected the financial management of the casinos, impacting on the hiring of staff, while the most serious breeches saw irregularities in the granting of contracts for services.

He singled out the president of the council, Carlos Alonso, contending that he had used “the neoliberal policy of cuts to staff and investment in material resources” to justify the privatisation of the casinos.

A proposal to privatise the island’s casinos was first unveiled in May 2013, while Alonso was serving as Tourism Minister. While the council moved forward with these plans in 2014, holding a licence tender for Casino Playa de Las Americas, the property failed to attract any bidders, and the sale met with strong resistance from opposition politicians and union officials.