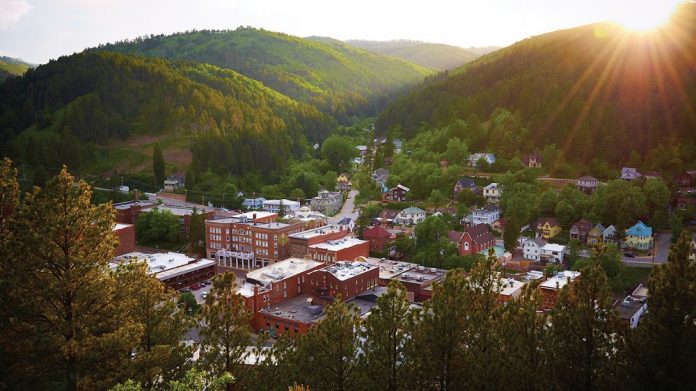 Commercial and tribal casinos across the US began to resume operations in May, with initial reports from Deadwood, South Dakota suggesting regional operators are seeing higher than usual visitation.

While gaming venues in Nevada reopened on 4 June, commercial and tribal casinos across the US had already begun to resume operations during the previous month.

Deadwood in South Dakota was one of the last places in the country to close its commercial gaming establishments, and became the first to re-open on 7 May as 11 of the historic town’s 21 casinos opened their doors once again.

“We were about 15 or 20 percent higher than a typical weekend business, which is significant,” said Caleb Arceneaux, the company’s CEO. “Cabin fever’s real, and I think people wanted to get out and experience …gaming again.” He observed that weekend occupancy was around 85-90 percent, with a number of visitors driving in from the surrounding states.

Rather than lowering their occupancy limits, the town’s casinos are implementing social distancing, said mayor David Ruth, a table games manager at the local Silverado-Franklin hotel and casino.

Slot machines are all on, but when a customer picks one, staff post signs making neighbouring machines temporarily unavailable. “The last thing an operator wants to do is accidentally take out someone’s favourite machine,” Ruth noted, adding that he has seen visitors driving from nearby states as well as further afield such as New York, Florida, Texas and New Mexico.

Following the Mount Rushmore state’s example, Louisiana and Arkansas were next to give their operators the green light to re-open in May, with the number quickly rising to 17 states by 21 May. By the start of June 519 properties were open across the country with 25 states with at least one casino open, according to the American Gaming Association.

The Louisiana Gaming Control Board allowed casinos and video poker parlours in the state to reopen on 18 May.

Under rules set out by the Louisiana Gaming Control Board, operators in the state must limit gaming positions to 50 percent of prior levels, while admission is capped at 25 percent of properties’ normal occupancy limits.

On 5 June, Ohio governor Mike DeWine gave the state’s casino and racino industry the go ahead to reopen later in the month, more than three months after gaming venues were temporarily closed.

The Buckeye state’s four casinos in Cleveland, Columbus, Cincinnati and Toledo, and seven racinos closed on 14 March. Regulated by the Ohio Lottery Commission, the racinos are limited to chance-based slots machines. Danielle Frizzi-Babb, spokeswoman for the Ohio Lottery Commission, reported that all seven racinos plan to reopen on 19 June. In May, the state approved the resumption of horse racing, although without spectators. Wagers may be placed via the internet or through simulcasting to tracks elsewhere.

Chad Barnhill, COO of JACK Entertainment, welcomed the news that the company could reopen its Thistledown Racino and casino in downtown Cleveland as early as June 19.

“To ensure a safe space for those who come to work and play we will be instituting new practices in compliance with public health orders and recommendations as well as additional safety protocols determined essential by our company,” he said in a statement. “We will be releasing more details on our reopening plans in the coming weeks.”